Despite its small size and apparent fragility, the Long-tailed Blue, or Pea Blue as it is often called, is strongly migratory, able to cross seas, oceans and low mountain ranges with relative ease. It is one of the commonest and most widespread species in the Old World, breeding in southern Europe, almost throughout Africa, and across southern Asia to Indonesia and Australia, and reached New Zealand in 1965.

On the upperside males are pale blue with narrow dark borders. Females are dark earthy brown, with a slight flush of pale blue scales at the base of the wings. The pattern on the underside is unique, so this species is unlikely to be confused with any other.

The migratory nature of the butterfly means that adults can be seen singly almost anywhere, but normally in the areas where it breeds several can be seen flying together around leguminous herbs and bushes. 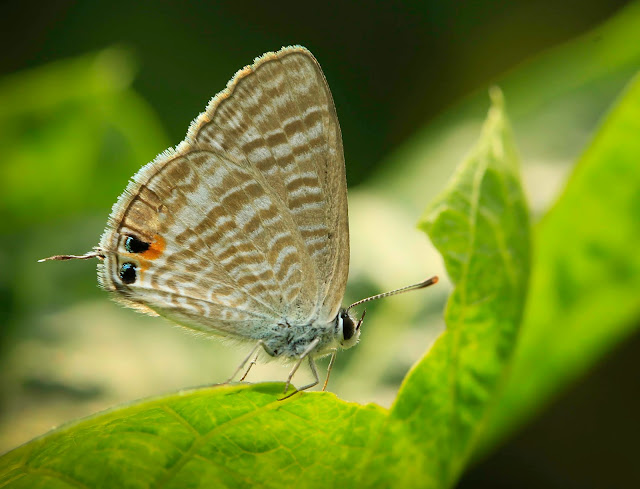 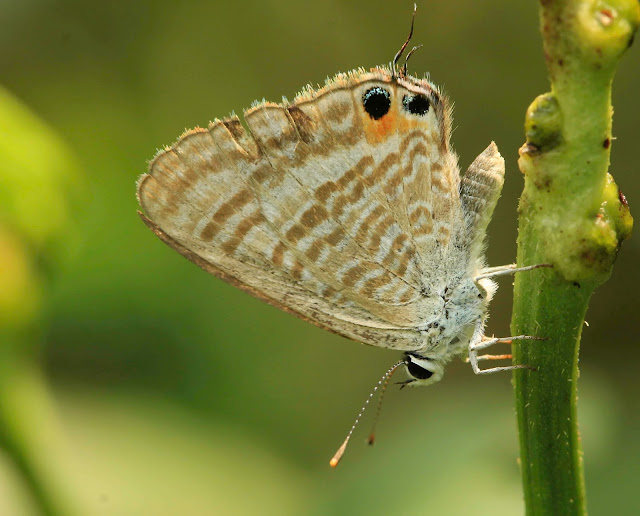 Posted by Sébastien Delonglée at 19:27