It could be either E. thrax (Banana Skipper, Palm Redye) or E. torus (Rounded Palm-redeye), ID is not easy from these images (for me!). But because of the convex forewing termen, I would tend towards the latter.
Both are large red-eyed skippers. 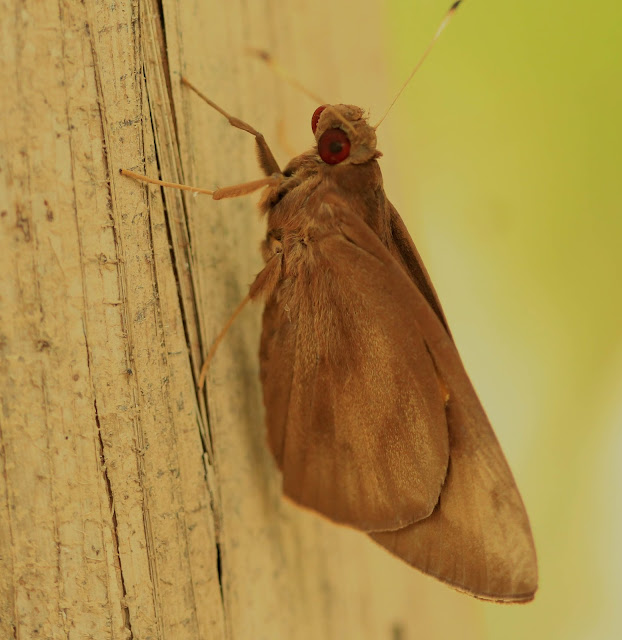 One individual perch on a banana tree trunk 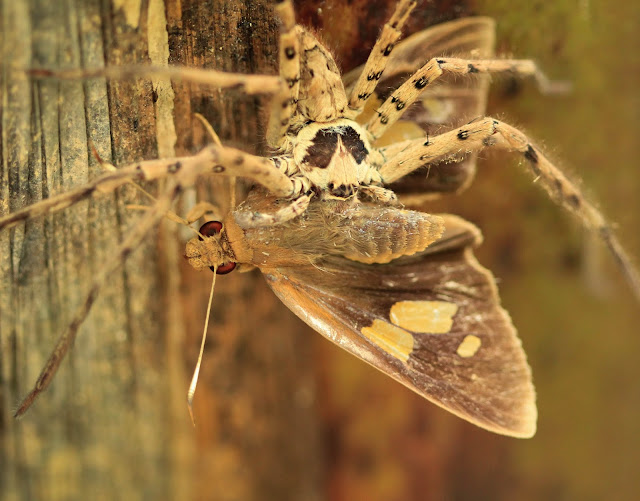 The larvae of these two species feed on the leaves of Musa species. They have also been recorded on Cocos nucifera and other Palm species. They are considered as pests for banana plantations. 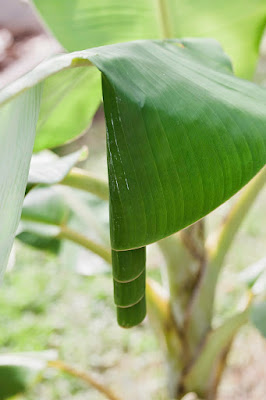 The first sign of infestation: rolls in leaves, create by the larvae

Posted by Sébastien Delonglée at 01:04