The sexually dimorphic Striped Blue Crow is one of the most common Euploea species in my habitual butt hunting grounds. Though not abundant, the adults have been observed in many locations, from pristine forest at Cuc Phuong N.P. to wastelands and urban parks. It is polyphagous and has many larval host plants in the Moraceae, Apocynaceae and Asclepiadaceae families, which explains its broad habitat tolerance (eurytopic species). 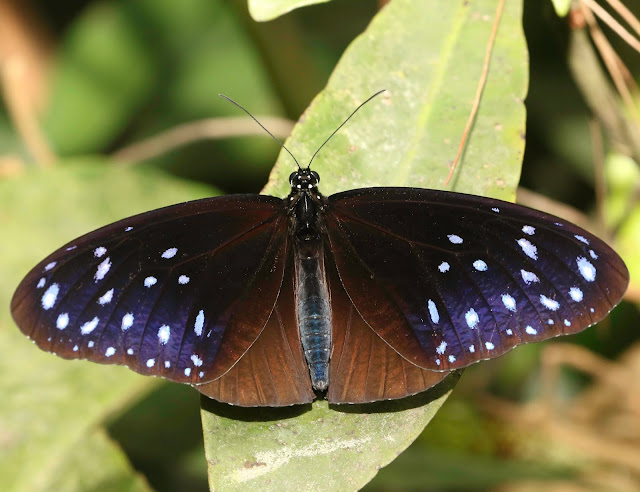 Euploea mulciber male resting on a leaf (Tam Dao, May 2016)
UpF dark brown strongly suffused with iridescent blue and with numerous white spots, UpH without submarginal white spots and with a small grey patch in cell (hidden by HW here)

The male can be distinguished from other blue Euploea species by the absence ot the sex brand on the UpF. 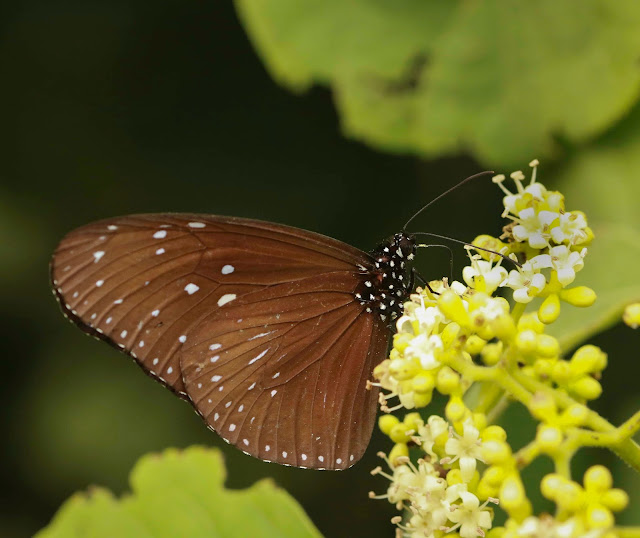 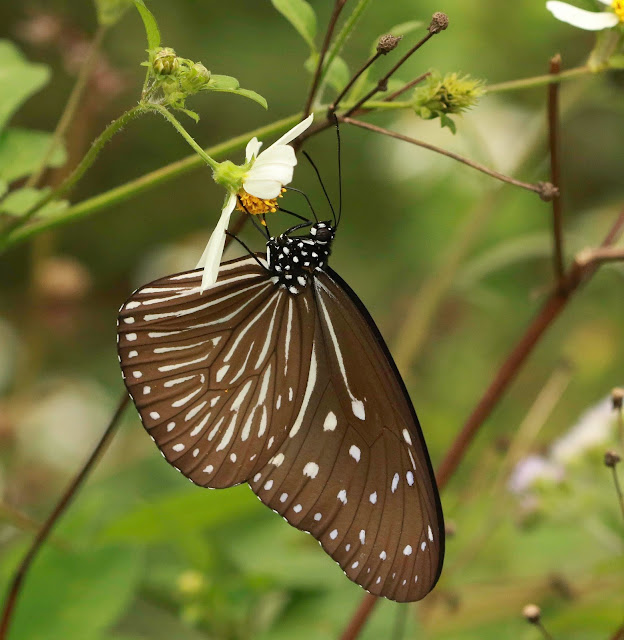 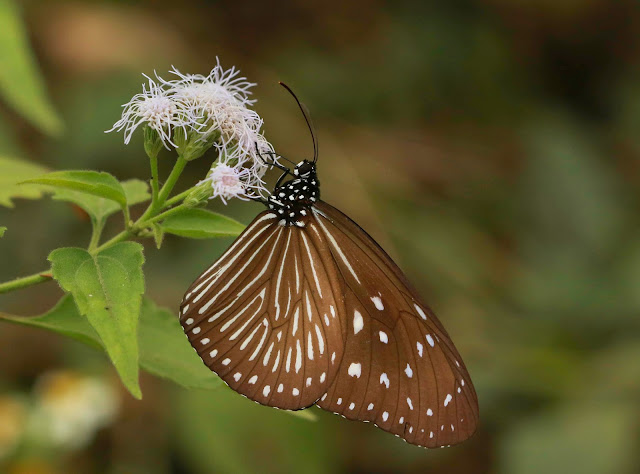 Female sipping nectar from Chromolaena odorata flowers (Ba Vi, December 2016)
The striped HW of the female is probably what gave this species its common English name 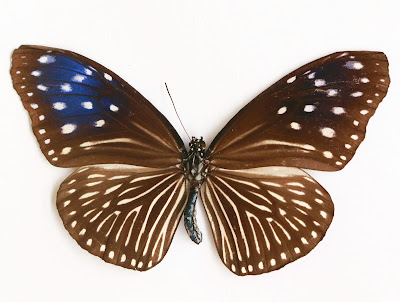 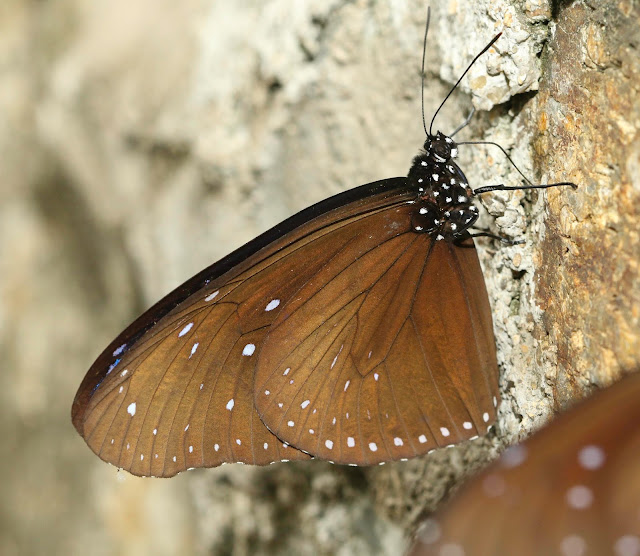 Close-up on a male E. mulciber 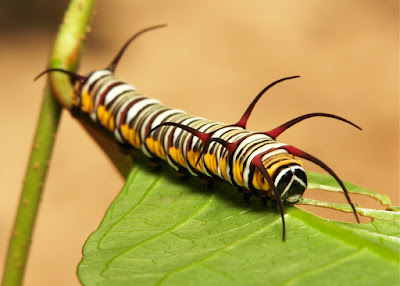