Lexias pardalis is relatively common in my habitual butt hunting grounds. Adults are typically sighted on shaded trails and among undergrowth, often seen puddling on damp ground, or feeding on rotting fruits and other organic matter amongst forest litter. 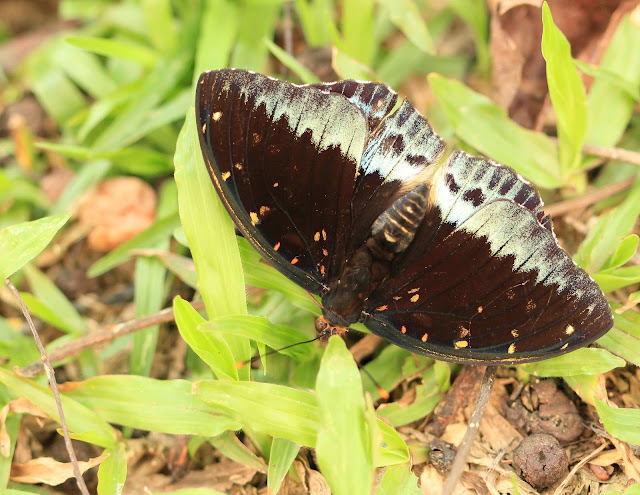 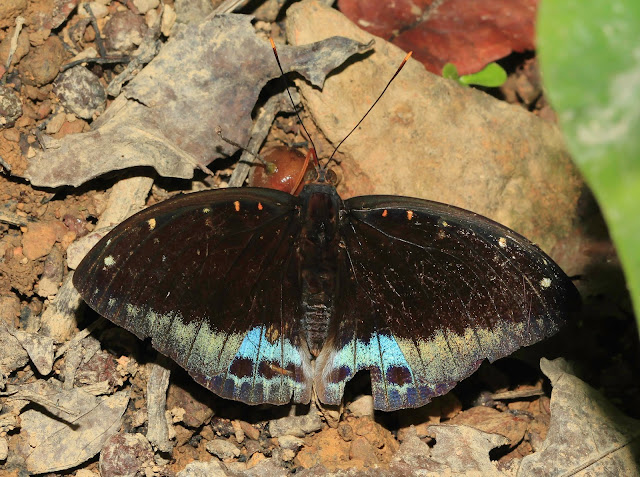 Above, the male is dark velvety black above with a broad greenish-blue distal border on the hindwing, which is continued narrowly along the termen of the forewing 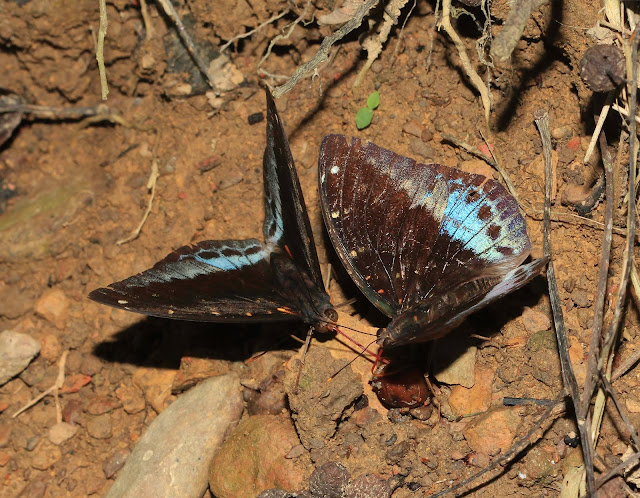 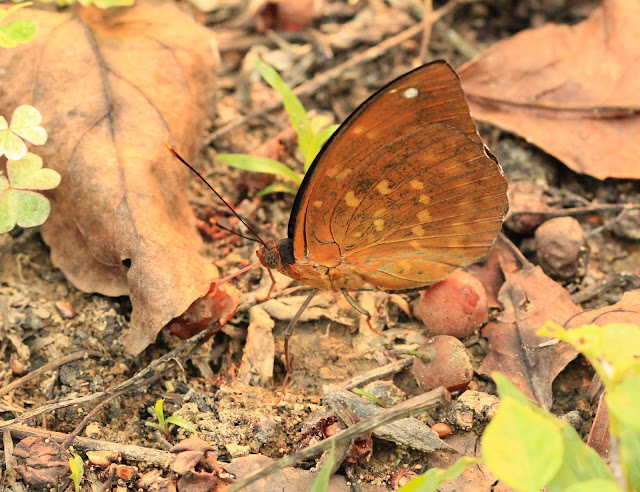 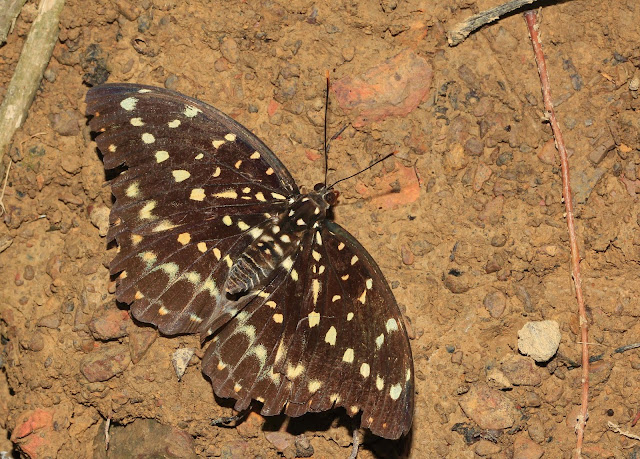 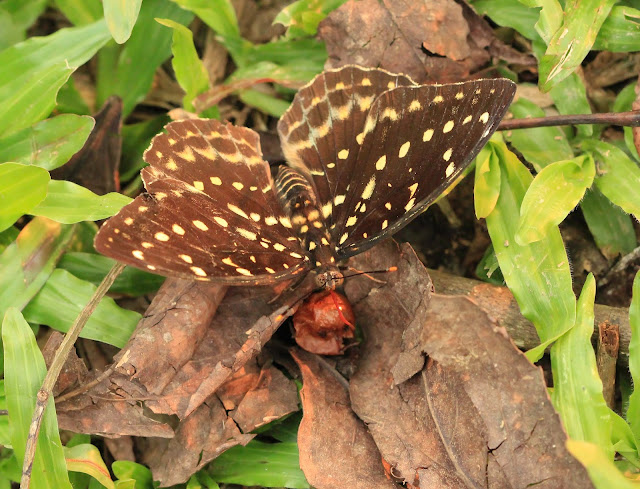 The female is dark brown and profusely spotted with yellow 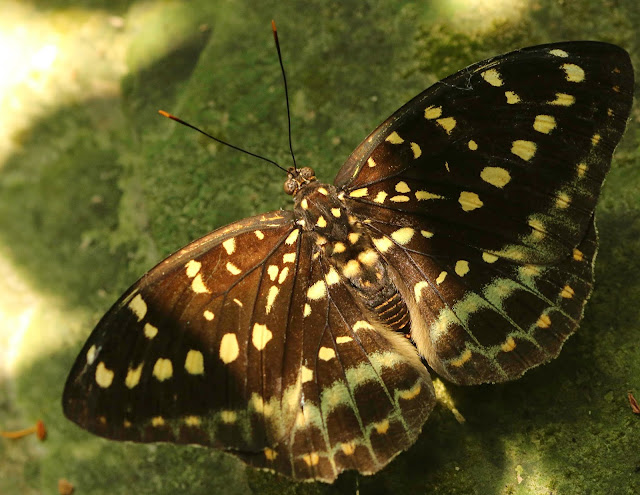 The apical portion of the antennal club is orange in both sexes and this distinguishes this species from the closely-related and very similar Black-Tipped Archduke (Lexias dirtea).
Posted by Sébastien Delonglée at 19:28