The rwo species of the genus Megisba are found in the Australasian ecozone (Megisba strongyle) and the Indo-Malayan/Sino-Japanese ecozones (Megisba malaya).
Megisba malaya ranges from India to New Guinea, and north to China, Japan. This is a common species frequently encountered in forest glades and forest edges. 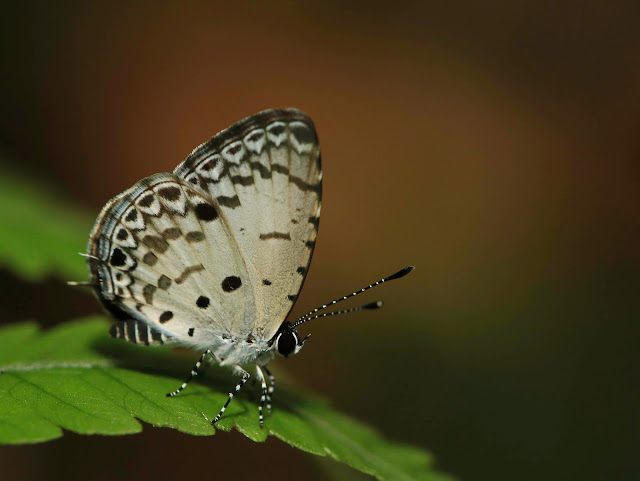 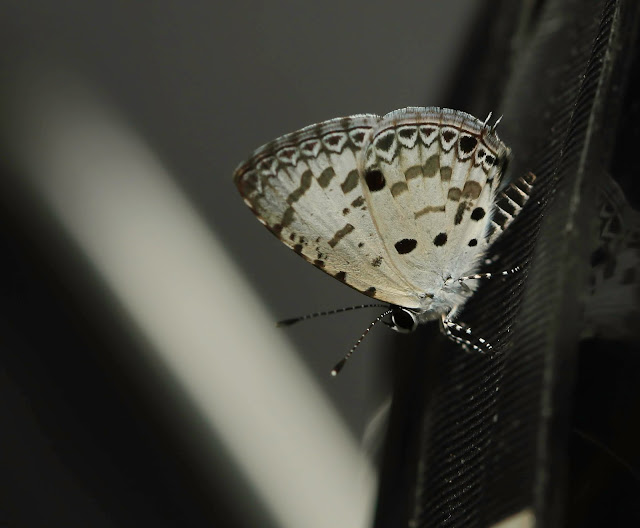 My camera bag was a fine bait. This specimen poses patiently while sucking sweat 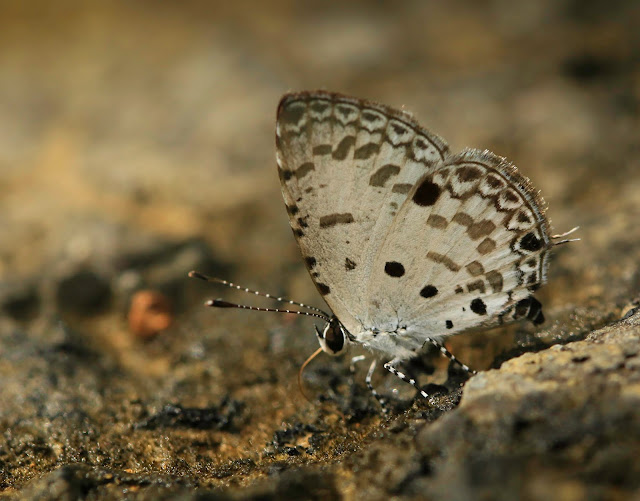 Males are often encountered drinking from wet sand near water courses. Females could be found in nearby clearings or along paths through the forest 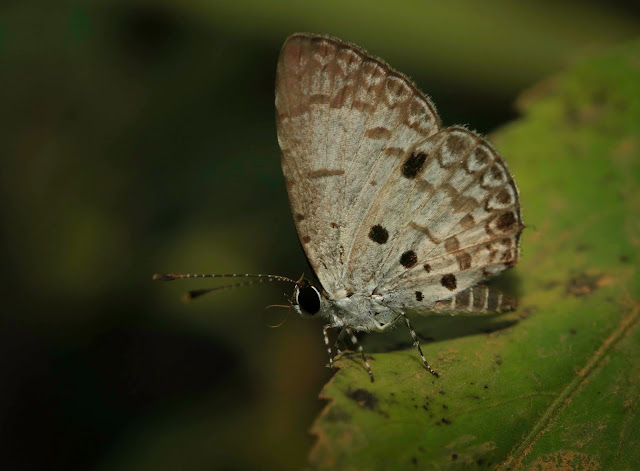 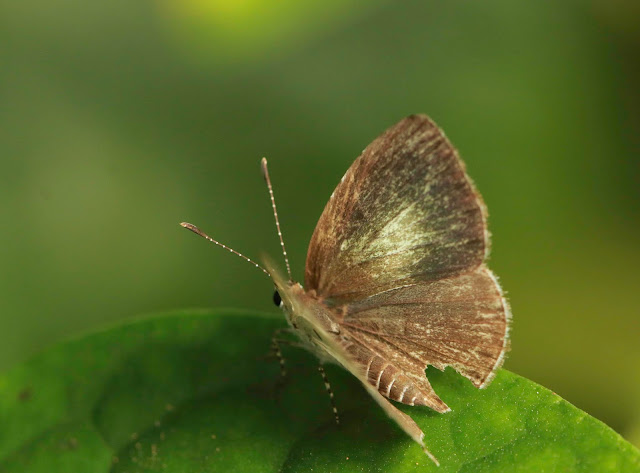 Above, both sexes are dark brown with a white discal patch which is more prominent in the female
Posted by Sébastien Delonglée at 20:54