Red-bodied Swallowtails belong to the genera Atrophaneura, Byasa, Losaria or Pachliopta. They are generally found in Asia (Indomalaya ecozone).
The genus Pachliopta - earlier considered as subgenus Pachliopta but now raised to genus level - comprising about 17 species, of which one is present in Vietnam: P. aristolochiae goniopeltis.

Pachliopta aristolochiae is widely distributed, from Afghanistan to Indonesia, southern and eastern China. There are up to 20 subspecies. The nominate subspecies occurs throughout peninsular India. The subspecies goniopeltis is recorded in Myanmar, Thailand, Laos, Cambodia, Vietnam (N, C. & S.), S.-E.China. 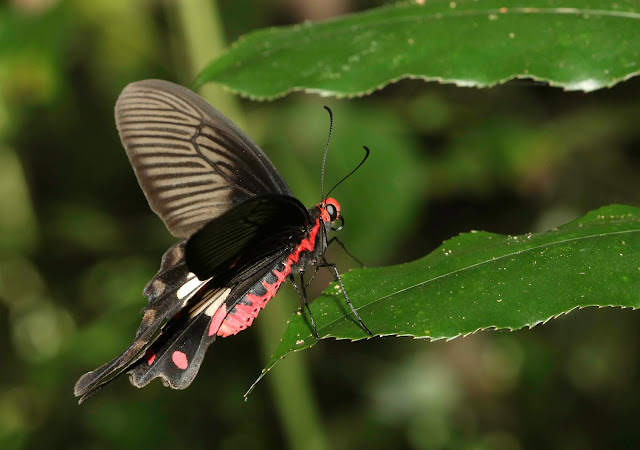 The red body, slow peculiar flight, bright colouration and pattern of the wings are meant to indicate to predators that this butterfly is inedible, being well protected by the poisons it has sequestered from its larval food plant. It also emits a nasty smelling substance when handled to further enhance its unappealing qualities. Hence it is rarely attacked by predators, a strategy so successful, that edible butterflies have evolved to mimic it, the classic example being that of the female form stichius of Papilio polytes (for more details see here). 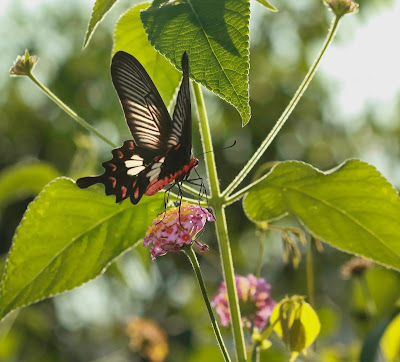 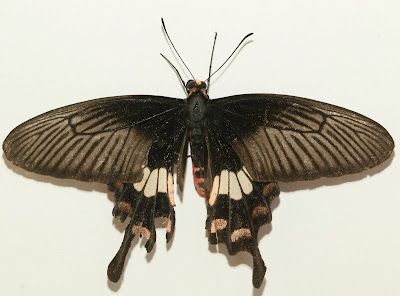 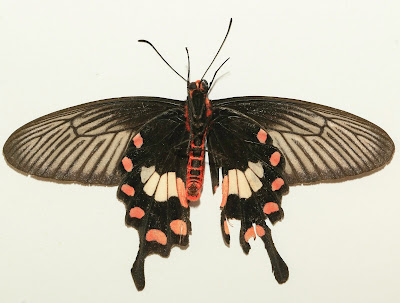 Above, both sexes are black with the distal part of the FW grey-shaded between the veins.The HW has a large white post-discal patch and a number of greyish-red submarginal crescent-shaped spots.

Underneath, both sexes bear similar markings as per the upperside, but with the submarginal spots on the HW rounded and in striking red. The HW has a moderately long tail at vein 4. The body is bright red. The female has rounder wing contours than the male.

Posted by Sébastien Delonglée at 02:12