Thaumantis diores is a common sight in my habitual butt hunting grounds around Hanoi, both in lowland and montane forests. This species inhabits shady undergrowth and is attracted by fruits and moist litter. 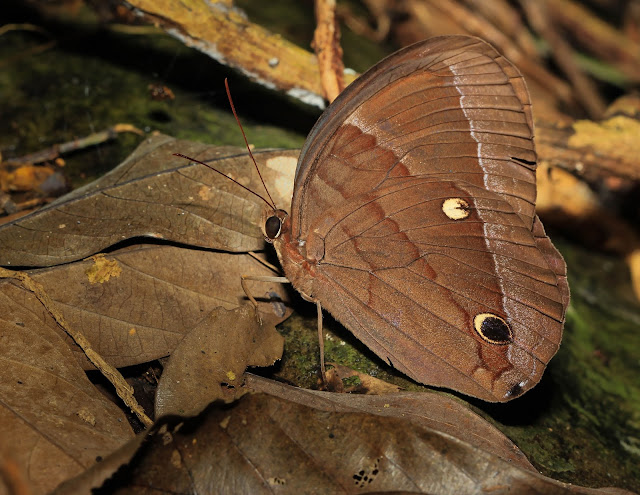 Thaumantis diores is a butterfly of the forest understory, with cryptic underwing patterns (photo with flash) 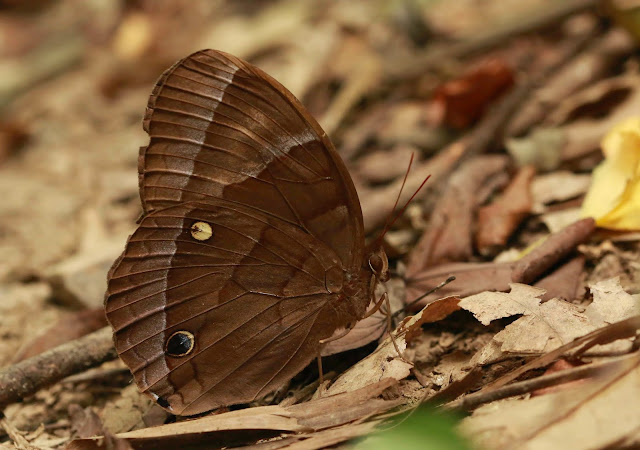 Remarkably difficult to see when at rest on the forest floor, among leaf litter (photo with flash) 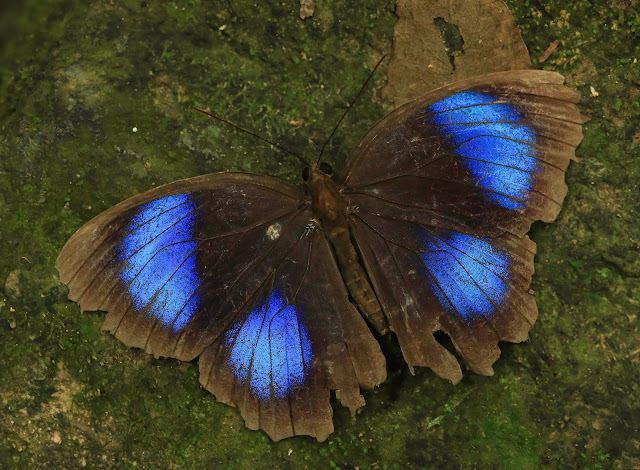 Upperwings with iridescent blue patches
Sexes are similar
Posted by Sébastien Delonglée at 19:11