Like other Choaspes species, C. benjaminii is found in primary and advanced secondary forests. It is attracted to flowers and animal and bird droppings. It frequents the shade in the daytime but is found flying in the open during the early and late hours of the day. Not often encountered, even though it is probably not uncommon. 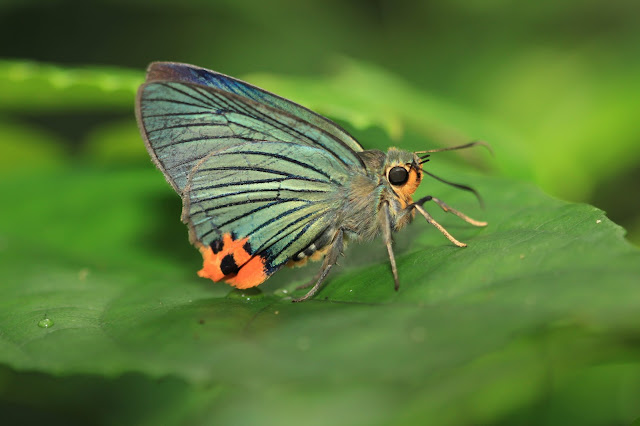 What a cracking little chap !

Posted by Sébastien Delonglée at 02:23