Stichophthalma howqua suffusa has been raised to species S. suffusa Leech, 1892 (Monastyrskii & Devyatkin, 2008). S. suffusa tonkiniana has an ocre-yellow ground color on the Up of both wings with completely fused submarginal black markings on the UpH.
At Tam Dao, in northern Vietnam, this species occupies both primary and secondary forest habitats, at all elevations. 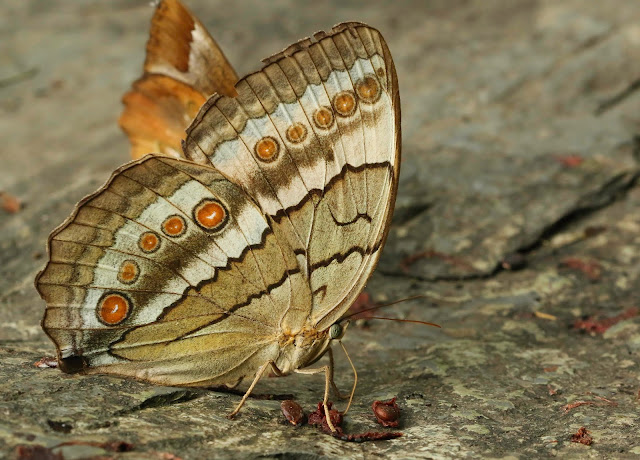 Stichophthalma suffusa tonkiniana feeding on rotten fruits (rocks along a stream, Tam Dao, 200m asl) This specimen was at a well-lighted place, a rare opportunity to take photo without flash
This specimen is very likely a female (Un with whitish discal band, located behind the subbasal area which is margined by black zigzag lines) 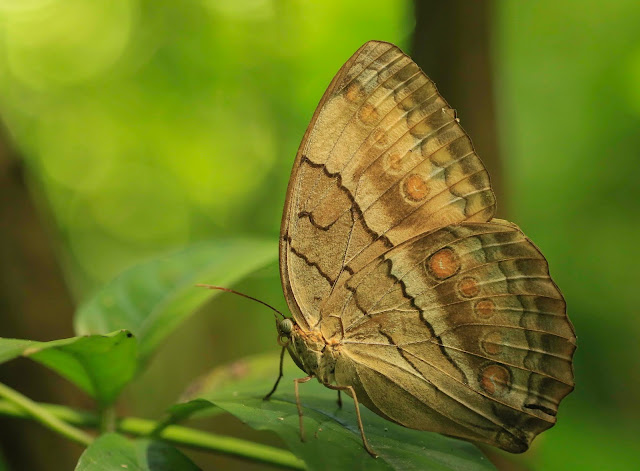 This is a cryptic species, with underwings resembling dead leaves. When resting on vegetation, Stichophthalma species close their wings. When flying, they slowly glide in a zigzag course within the dark vegetation, resembling falling leaves. Never seen visiting flowers. The only observed source of food was tree sap, rotting fruits and birds droppings. 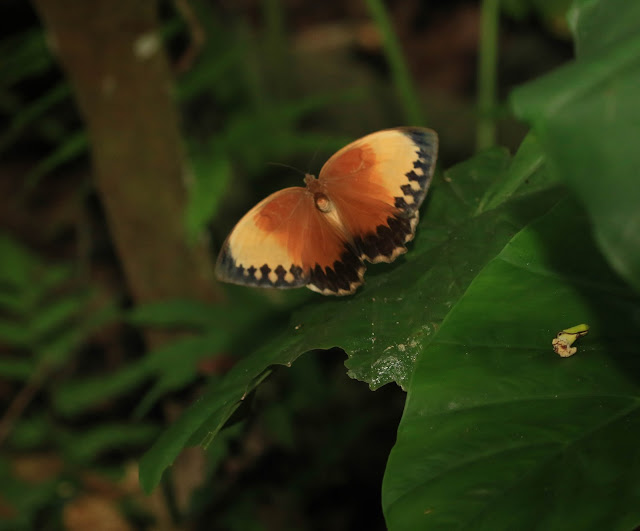 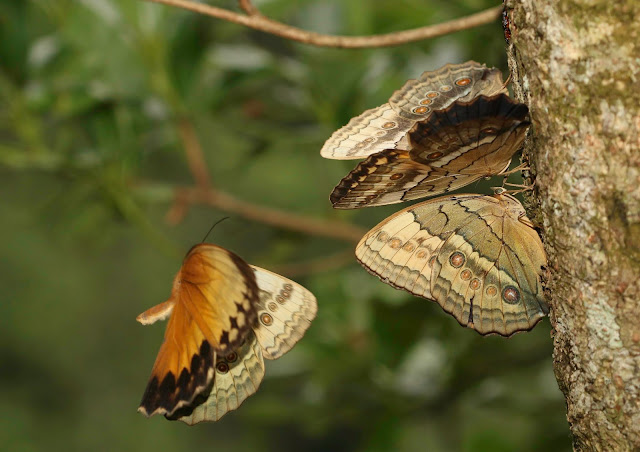 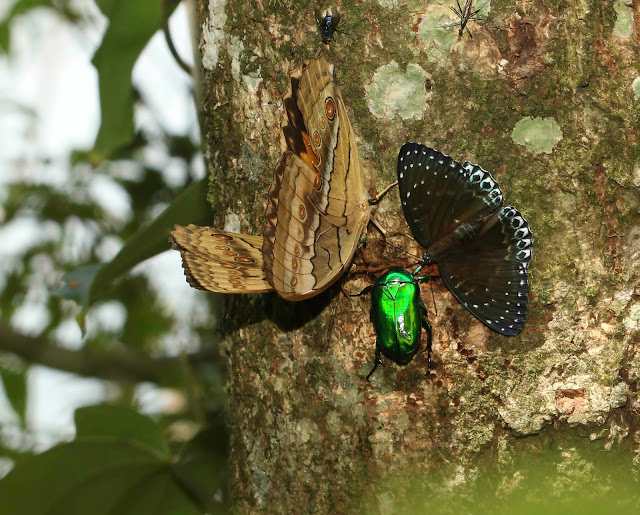 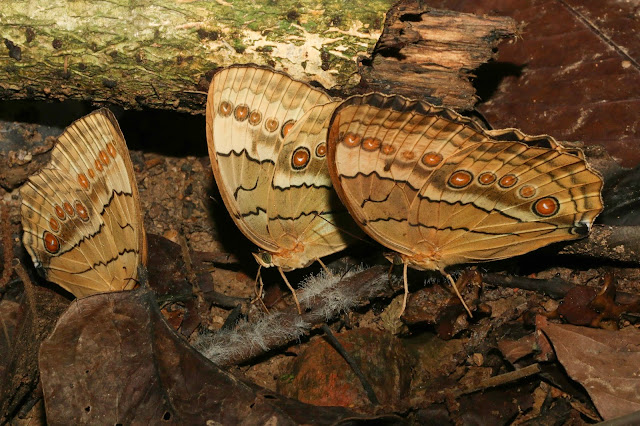 Three individuals feeding on a bone covered with mold (Tam Dao, 27th May 2016) 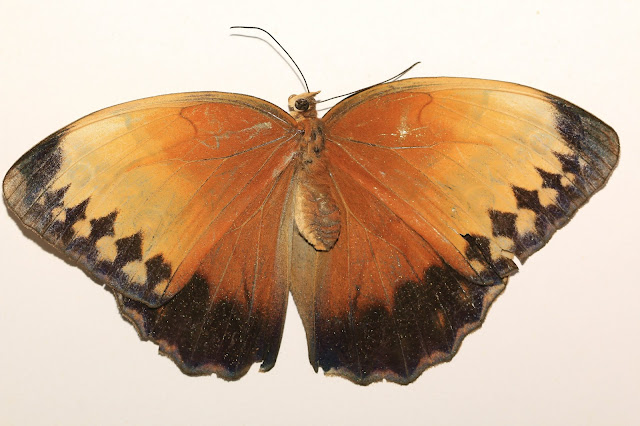 Note the completely fused submarginal black markings on the UpH


For key to the Vietnamese species of the genus Sticholphthalma, see "Butterflies of Vietnam, Vol. 3: Nymphalidae: Danainae, Amathusiinae" (A.L. Monastyrskii, 2011)
Posted by Sébastien Delonglée at 19:03