In Vietnam, Acraea issoria issoria occurs in the North. Further south (Kon Tum to Lam Dong) it is replaced by A. issoria vestalina (Monastyrskii  & Devyatkin, 2016).
Its close congener A. violae is recorded  from North, Central and South Vietnam. 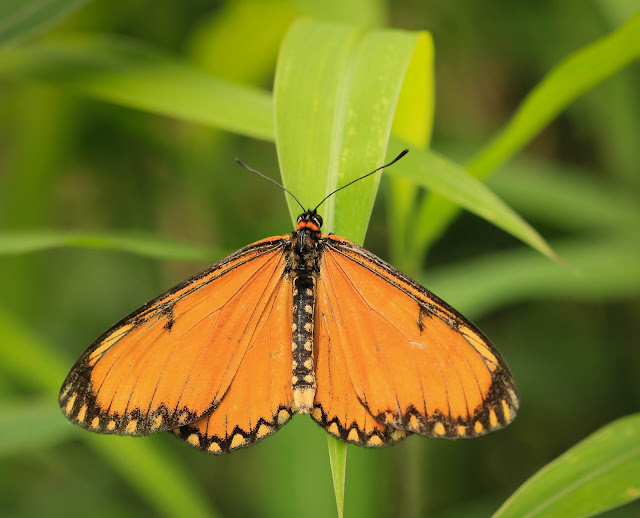 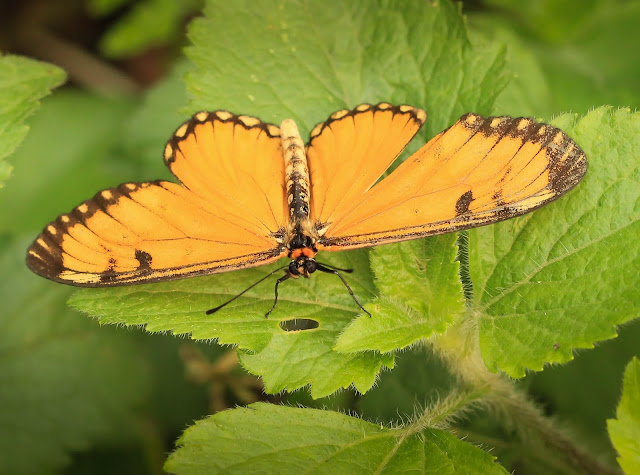 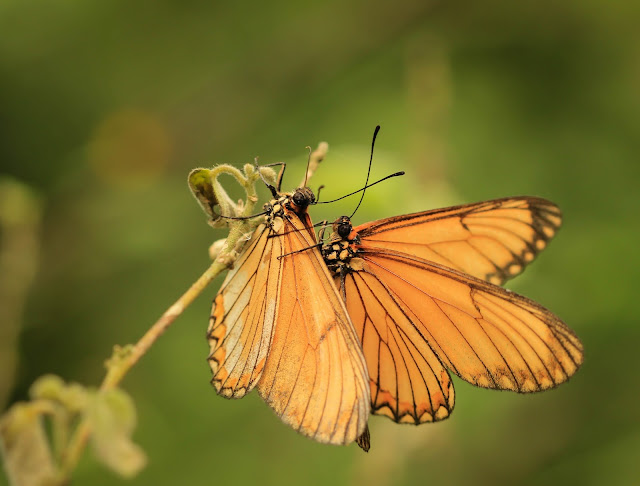 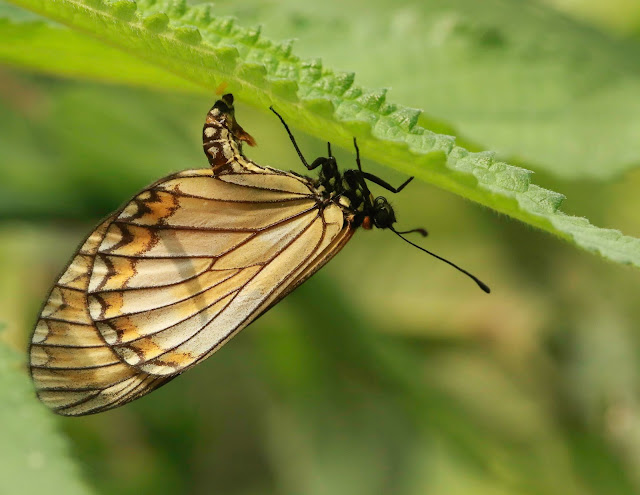 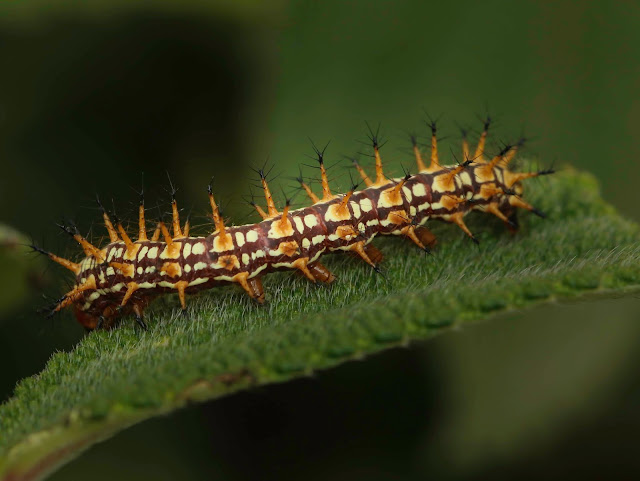 The Yellow Coster belongs to the family Nymphalidae, subfamily Heliconiinae. The butterflies of this subfamily are characterised by a perfectly flat hindwing and by having the cells of both wings closed by tubular veins.
Their behaviour is sluggish, and, like the Danainae, they have a leathery body and are tenacious of life. They frequently exhibit Mullerian mimicry and serve as models for Batesian mimics from other families. The subfamily is strongly represented in the Ethiopian region, less so in the Neotropical Region, and is weakly represented in the Oriental and Australiasian Regions.
Posted by Sébastien Delonglée at 19:21