Butterflies in the genus Melanitis are commonly known as Evening Browns due to their crepuscular behaviour.
Melanitis leda is subject to a wide range of variation in the underside colouration and patterning, and exhibits pronounced seasonal dimorphism. The wet season morph is pale brown with numerous dark striations and prominent ocelli. In the dry season morph the ocelli are greatly reduced or may be entirely absent, and the ground colour varies from grey to light brown, with dark markings.

The genus Melanitis is represented in Vietnam by 3 species - leda, phedima and zitenius (Monastyrskii & Devyatkin, 2016), the latter much less frequent than the two others. 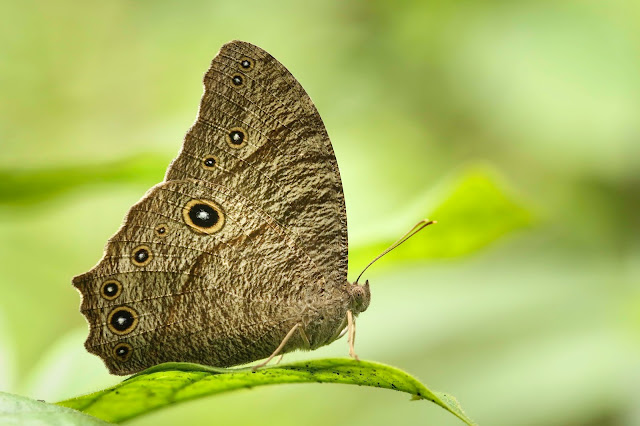 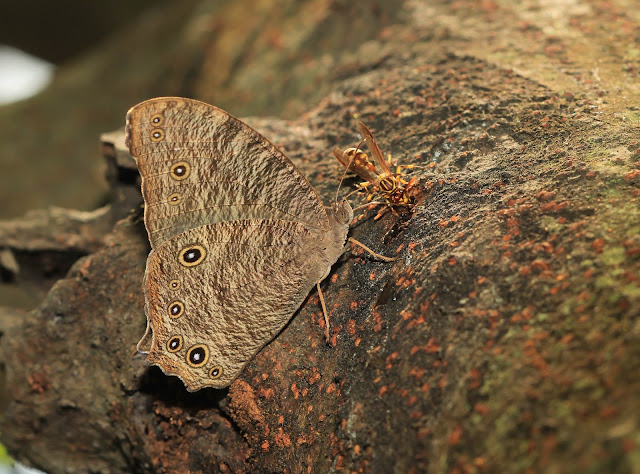 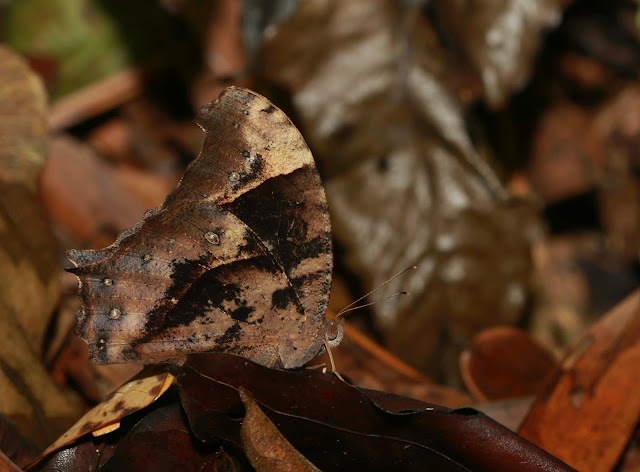 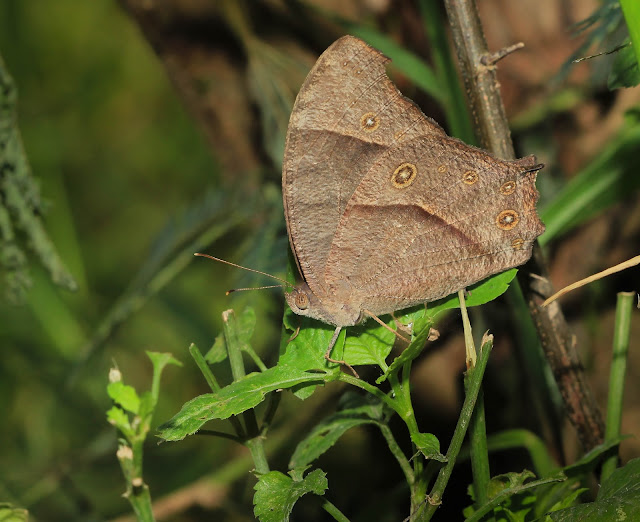 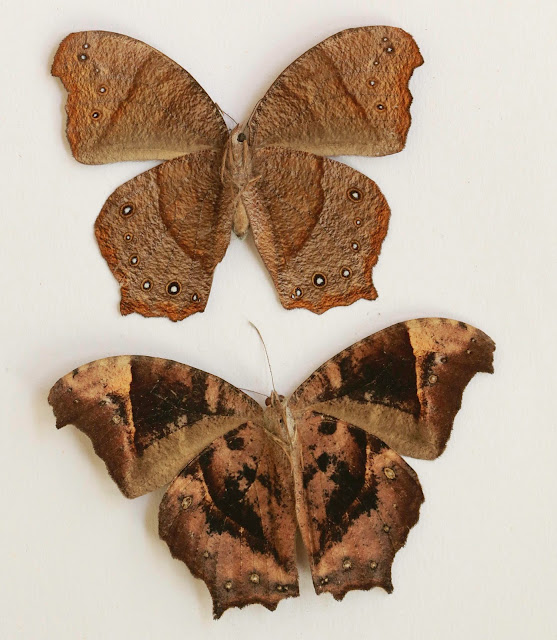 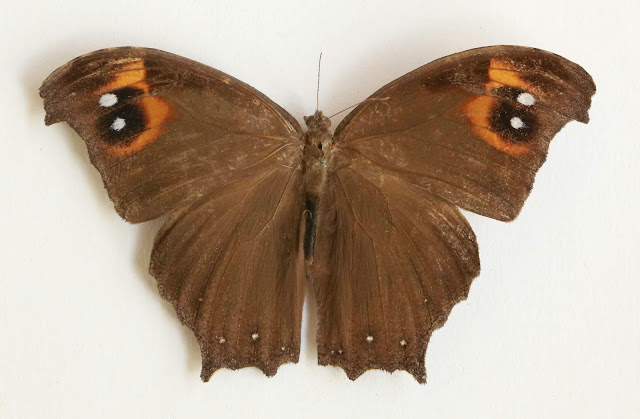 Upperside of both sexes is light brown with a black spot near apex of forewing in space 3 containing a white spot inside, another one above it in space 4, and surrounded by an orange area
Posted by Sébastien Delonglée at 19:40