Tagiades butterflies are popularly known as Snow Flats because of the pure white patches on the hindwings of many species, and the flat resting posture. The genus comprises 17 known species. According to Monastyrskii & Devyatkin (2016), 7 are currently known in Vietnam: japetus, gana, parra, litigiosa, menaka, cohaerens & hybridus - the last one described from central VN in 2001.

Menaka, litigiosa, parra, hybridus and cohaerens show in both sexes large white tornal area of HW reaching space 4, unlike japetus and gana. Menaka and cohaerens are very similar (both have an additionnal postdical blackish spot in space 1b of HW), but in the latter FW spot 3 absent + abdomen banded black & white.

With Tagiades litigiosa, T. menaka is one of the Pyrginae species I encountered the most in my habitual butt hunting grounds around Hanoi. 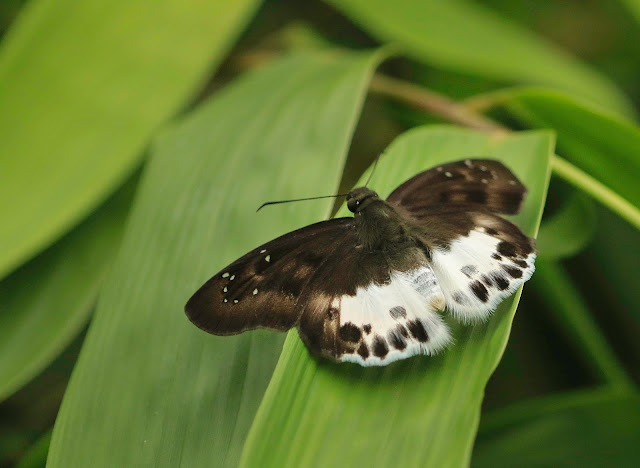 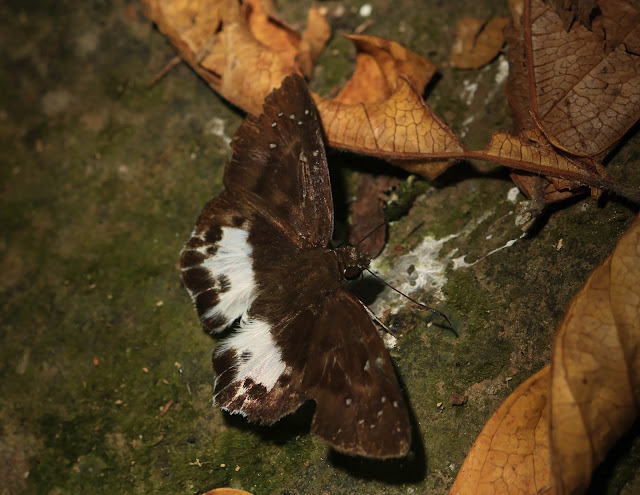 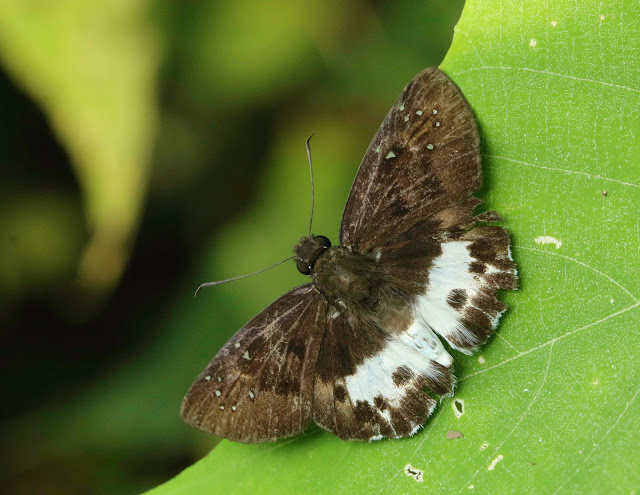