This is one of the commonest species of Graphium in Vietnam, being found throughout forested areas over the whole country, both in lowlands and high montane habitats, but can also be seen sometimes in towns and cultivated areas (quite a common sight in Hanoi). The larval foodplant is Cinnamomum. 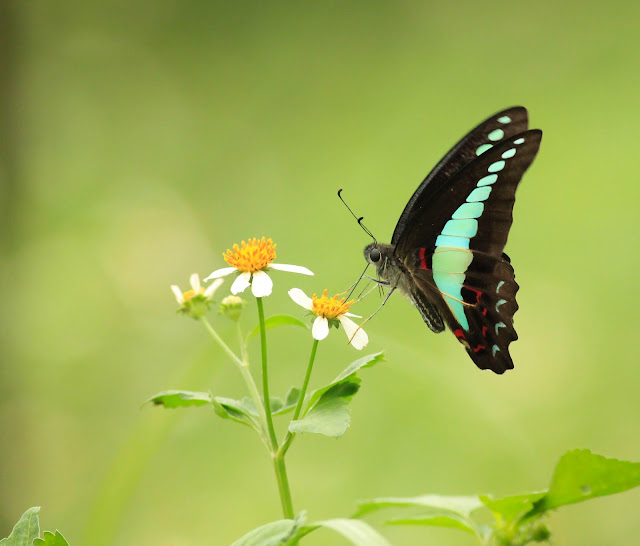 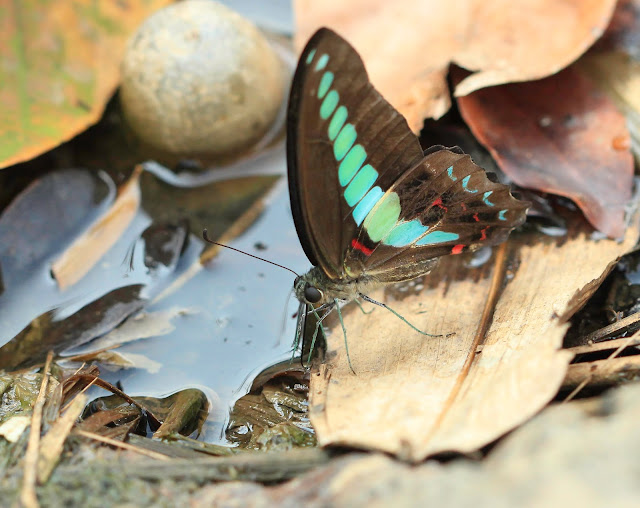 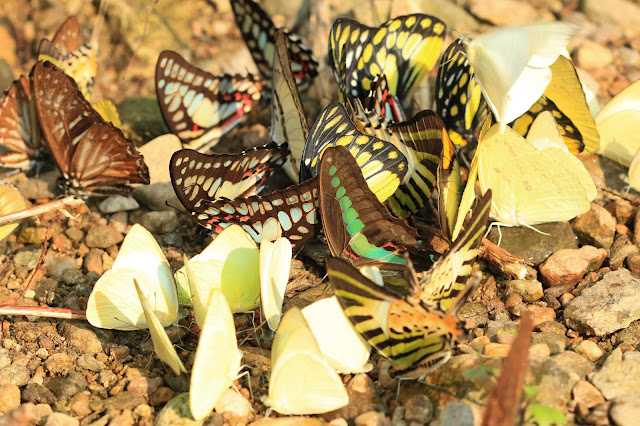 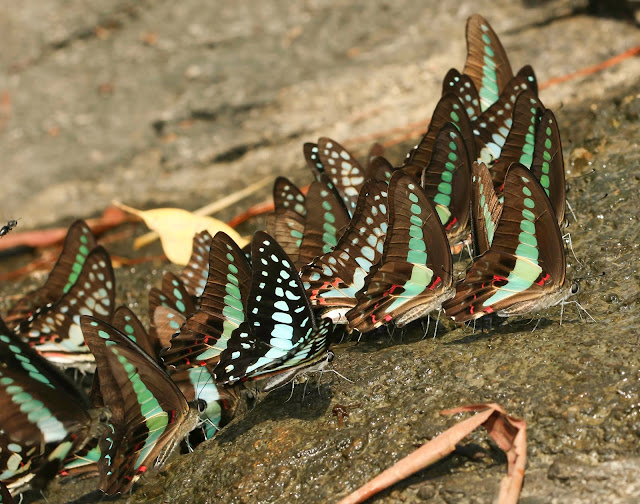 Puddle party with G. doson and G. sarpedon
Posted by Sébastien Delonglée at 03:29