In my habitual butt hunting grounds around Hanoi, M. perseoides is one of the most common species of the many look-alike species of the genus Mycalesis. It is probably present throughout all lowland areas of Vietnam. In the suburbs of Hanoi, I found it in scrubby thickets in the vicinity of cultivated areas. 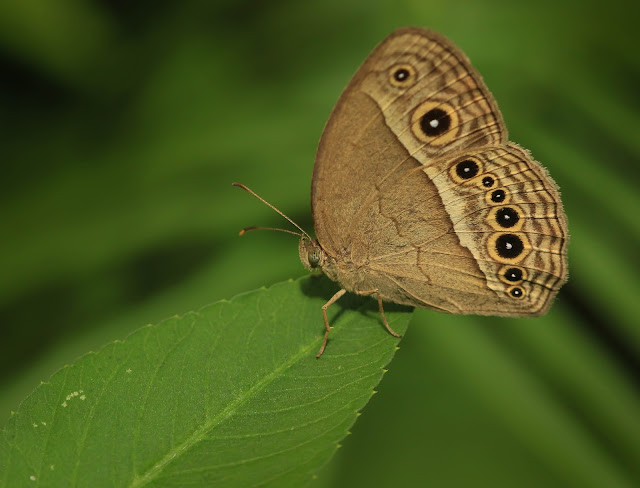 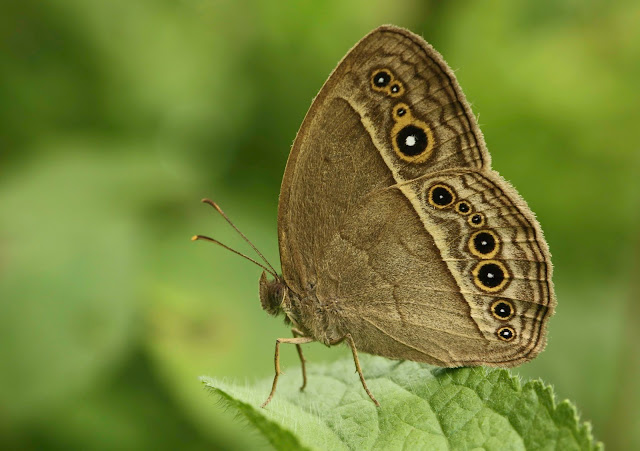 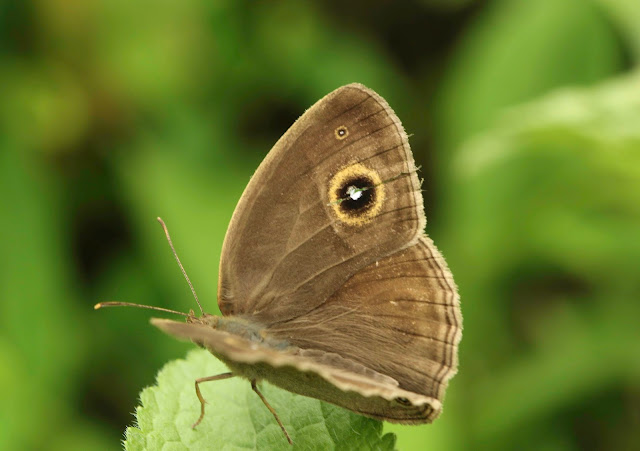 Same individual, upperwings
Note the large ocellus in space 2 on the UpF which is clearly ringed with yellow 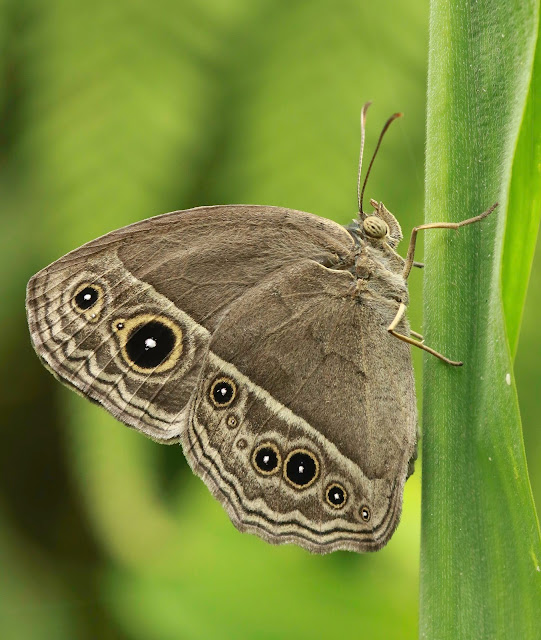 Another individual from Tam Dao, May 2017 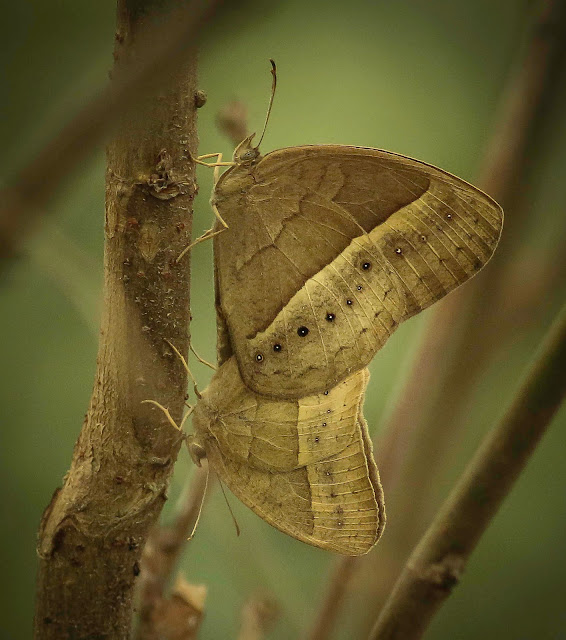 Mating pair of supposed Mycalesis perseoides (dry season form), Hanoi (April 2016)
There are two disctinctive seasonal forms, individuals of the dsf show ocelli on the Un of both wings reduced to black dots. 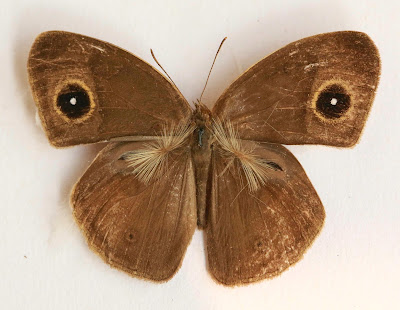 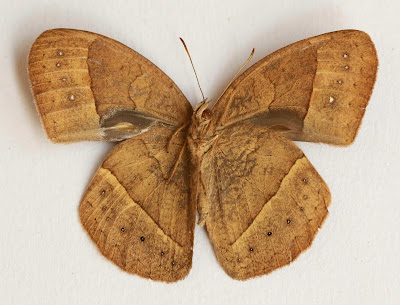 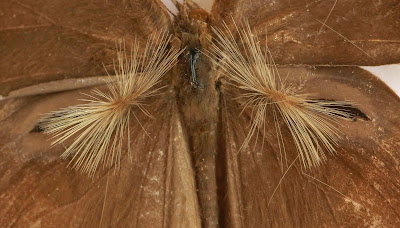 Close-up on the brands
Posted by Sébastien Delonglée at 19:41