Four species of Ethope are currently know viz. E. himachala, E. henrici, E. noirei & E. diademoides. The last two ones are present in Vietnam: E. noirei in the north and center, E. diademoides metayei in the center (Lam Dong Prov.). There is no localities in Vietnam where both species fly together.
E. noirei is a North Indochina/South China endemic. 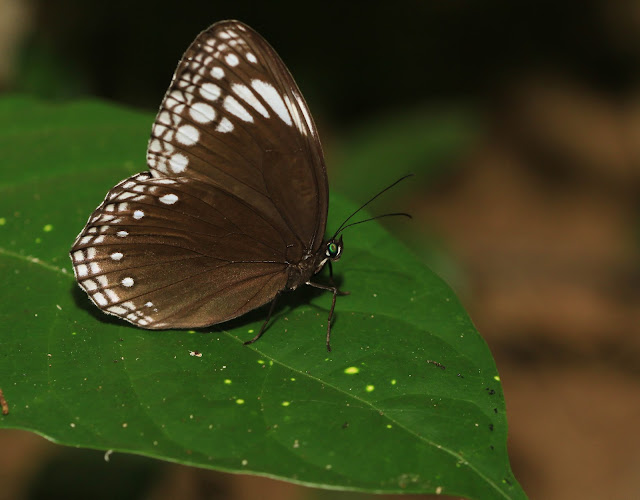 Ethope noirei, Tam Dao foothills (September 2015)
An incouspicuous species often seen in the darkest corners of the forest near streams 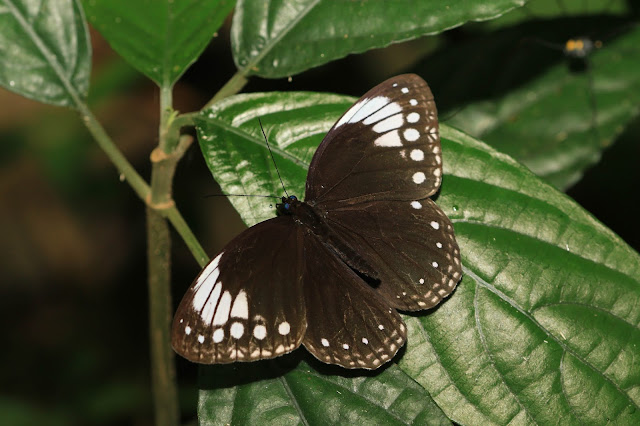