The genus Atrophaneura comprises around 50 species, of which 3 are currently known to occur in Vietnam - A. zaleucus zaleucus, A. varuna astorion & A. aidoneus aidoneus. A. varuna and A. aidoneus show very similar color pattern. A. zaleucus (previously treated as subspecies of A. varuna) is unmistakable with its white patches on HW.

Atrophaneura varuna is a butterfly of low altitude jungles. It has a slow and graceful flight and can be seen cruising along river valleys and high over stream-beds. Named for the sky god Varuna in Vedic religion. 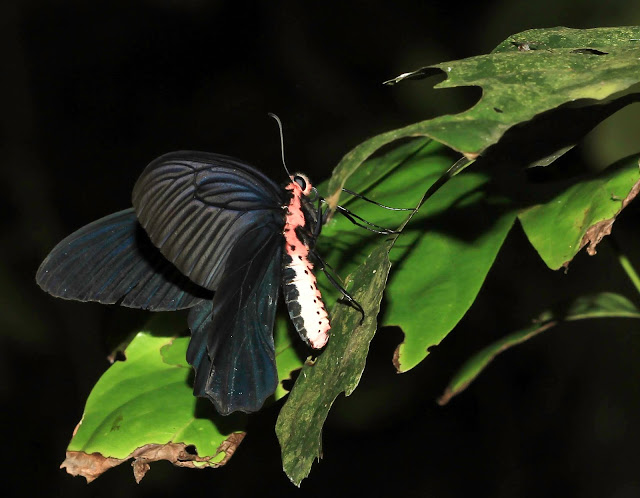 The male of this species is easily distinguished from aidoneus by the dark anal fold of the hindwing, lacking the white scales with pink fringe of aidoneus. Atrophaneura varuna females can usually be separated from those of aidoneus by the red sides of the abdomen, rather than the pale pink median stripe found in aidoneus. However in older specimens this character is not constant, as the sides of the abdomen may fade to pink. The easiest way to confim the identity of such a specimen is by examining the upperside hindwing cell. In both sexes of all subspecies of varuna this area is obviously darker than the rest of the hindwing, unlike in aidoneus, where the hindwing is uniformly coloured (Cotton & Racheli, 2006). 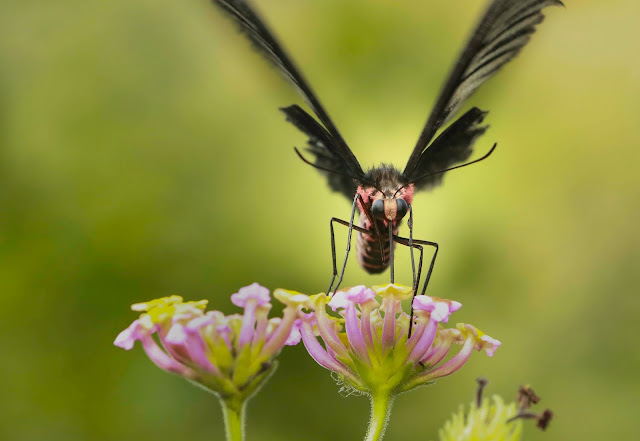