The genus Cethosia (Lacewings") comprises around 14 species, of which 2 are known to occur in Vietnam - biblis and cyane.
Cethosia cyane ranges from India to Malay Peninsula, S.China. 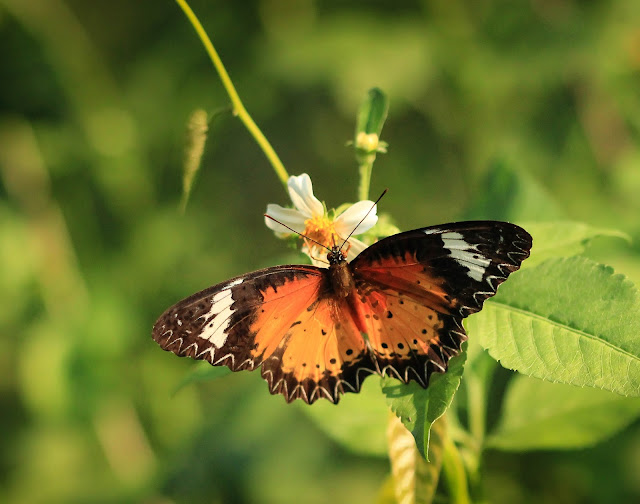 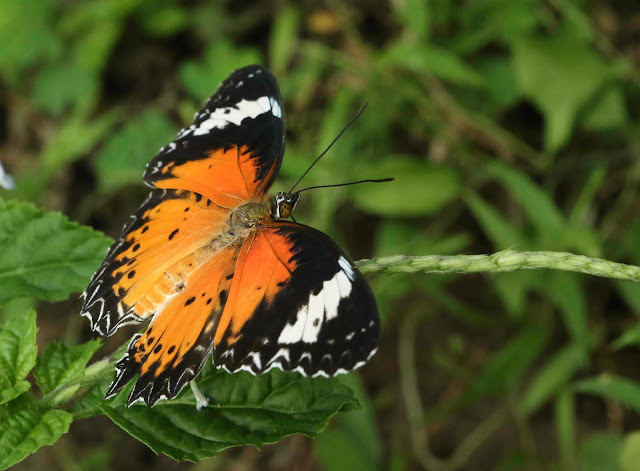 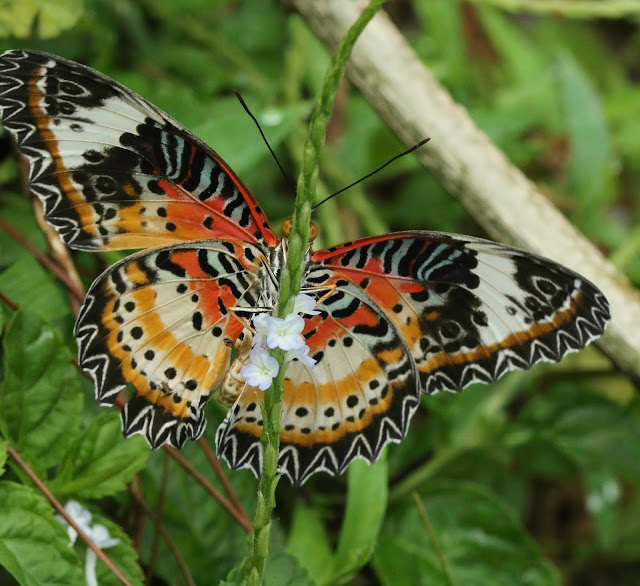 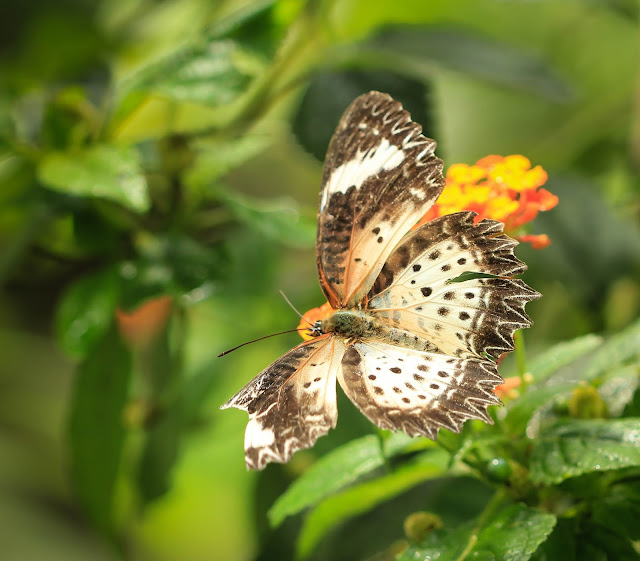 A female showing its upperside visiting Lantana flowers
The female is mostly similar but with the orange background replaced with a pale yellowish to whitish coloration, and hindwing endowed with more discal and postdiscal black spots
Posted by Sébastien Delonglée at 16:15