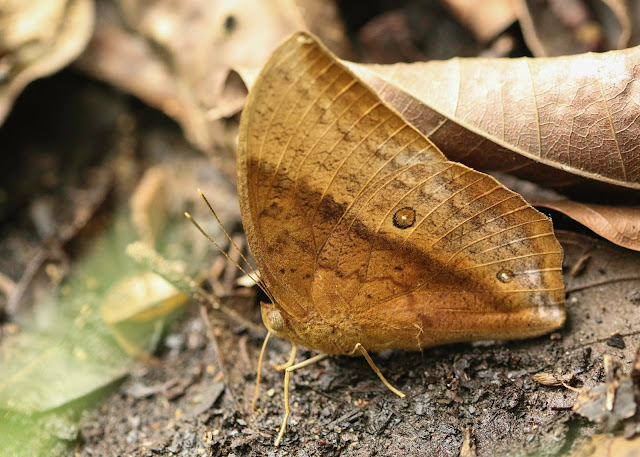 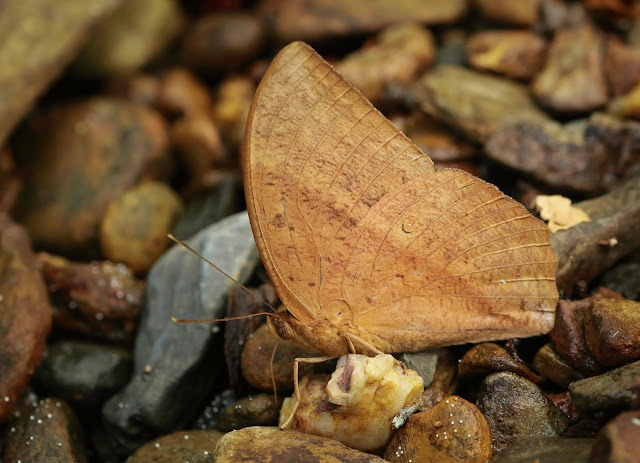 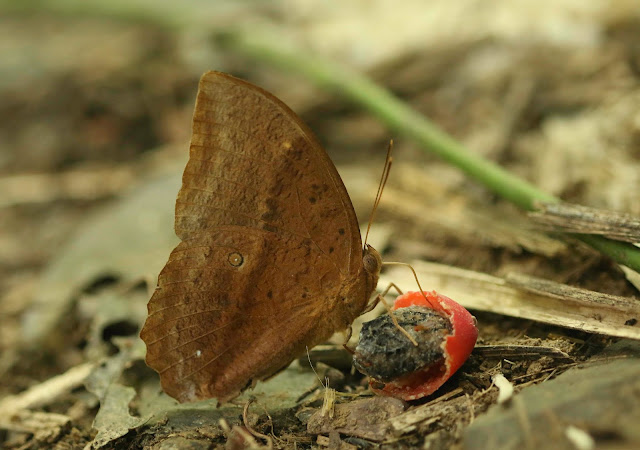 A third one, from Tam Dao also (July 2016), feasting on rotten fruit 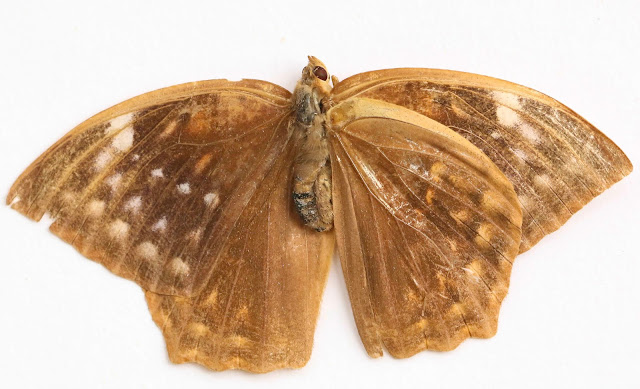 
Female has an upperside of purplish brown. Fore wing with three transverse series of white spots, the inner or discal series continued to the costa by two large elongate obliquely-placed white spots. Hind wing also with three transverse rows of somewhat obscure spots, but ochraceous in colour.
Similar colour pattern in male, but all series of spots are less prominent. 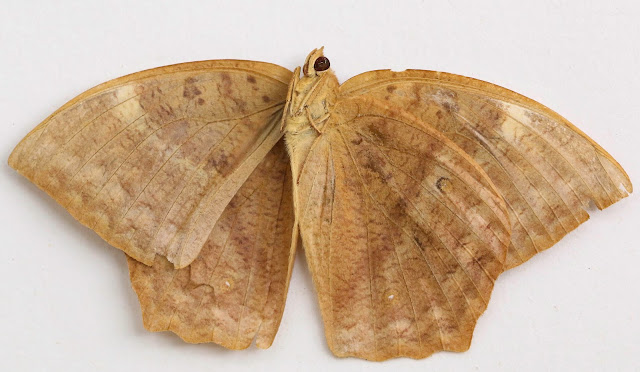