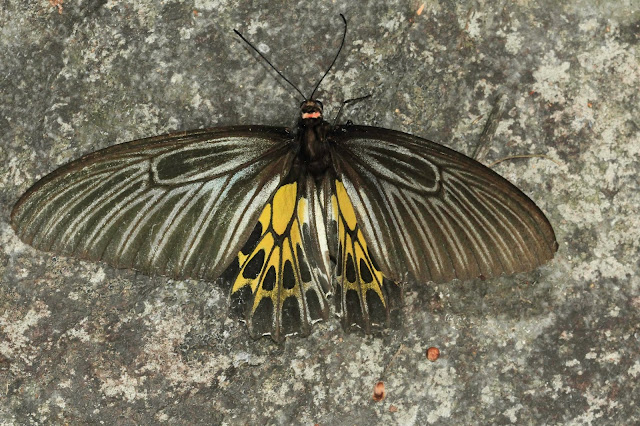 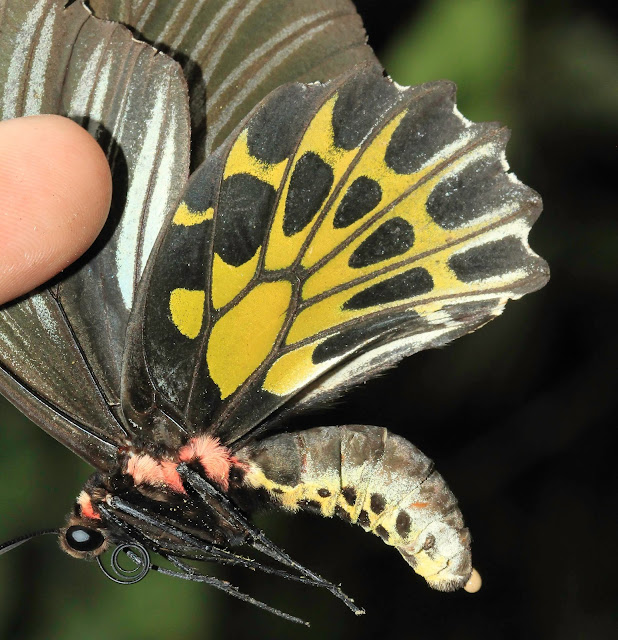 Same individual in hand, close-up on underside HW
Note the yellow discal spot in space 7 (absent in helena) and the black coloration in space 1 below the cell (yellow in helena). 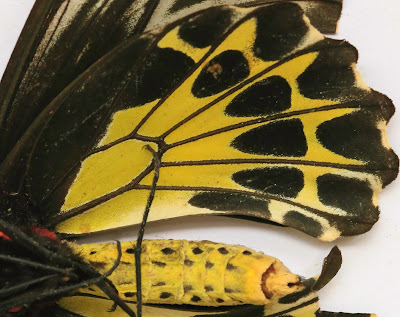 Underside HW of female helena, for comparison.
Posted by Sébastien Delonglée at 16:43