The genus Junonia comprises about 33 species, of which 11 occur in the Oriental region. Of these, 6 are found in Vietnam - iphita, atlites, orithya, hierta, almana and lemonias.

Junonia orithya is typical of the genus, being brightly marked with blue and orange, and possessing prominent ocelli. It is a fairly common species, although never as abundant as iphita, almana or atlites. The butterfly is found in sub-Saharan Africa, Arabia, and over most of the Oriental and Australian regions. Both sexes are similar in colour and pattern, but the male has more extensive areas of blue, and smaller ocelli on the hindwings.
This species, like most others in the genus, is found mainly in open scrub and grassland habitats. I haven't managed to photograph one yet. 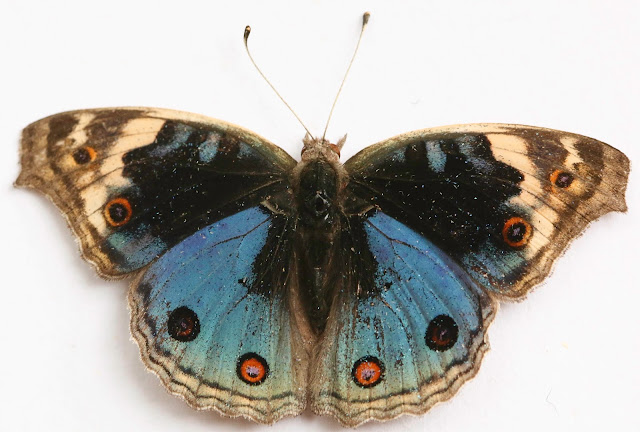 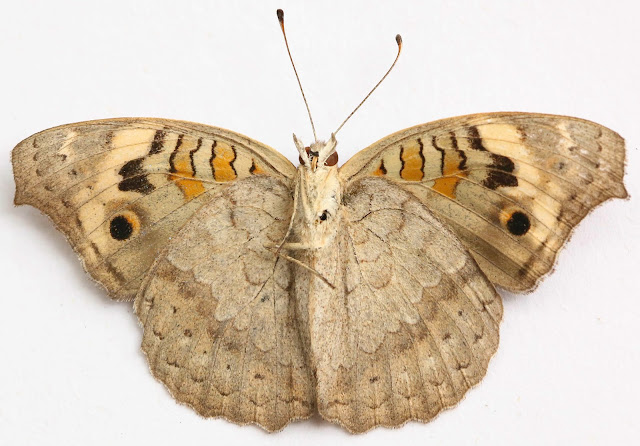