Tagiades butterflies are popularly known as Snow Flats because of the pure white patches on the hindwings of many species, and the flat resting posture. The genus comprises 17 known species. According to Monastyrskii & Devyatkin (2016), 7 are currently known in Vietnam: japetus, gana, parra, litigiosa, menaka, cohaerens & hybridus - the last one described from central VN in 2001. 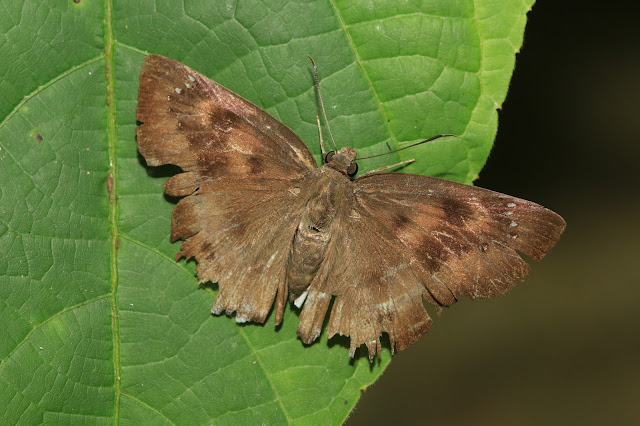 A very chewed up Tagiades gana (Tam Dao, mid-October 2015) - presumably a female
Despite its bad condition, it's obvious that this specimen had a very narrow white tornal area on HW (some residual white scales are still visible)
Posted by Sébastien Delonglée at 23:31