There are 7 species in the genus Catochrysops, variously distributed from India to Malaysia, and south across the Pacific islands to Australia, New Caledonia and the Society Islands. The genus is closely allied to Chilades and Euchrysops but unlike them Catochrysops does not include any African species.

Two species of Catochrysops have been recorded in Vietnam: C. strabo and C. panormus.
C. strabo is found from Pakistan to Indonesia, but unlike the very similar C. panormus it does not reach Australia. 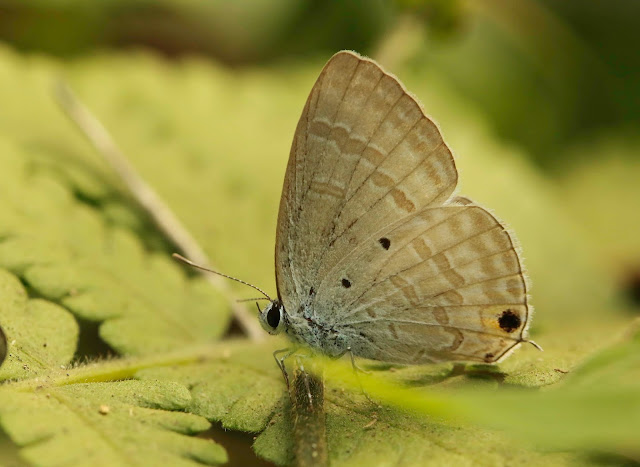 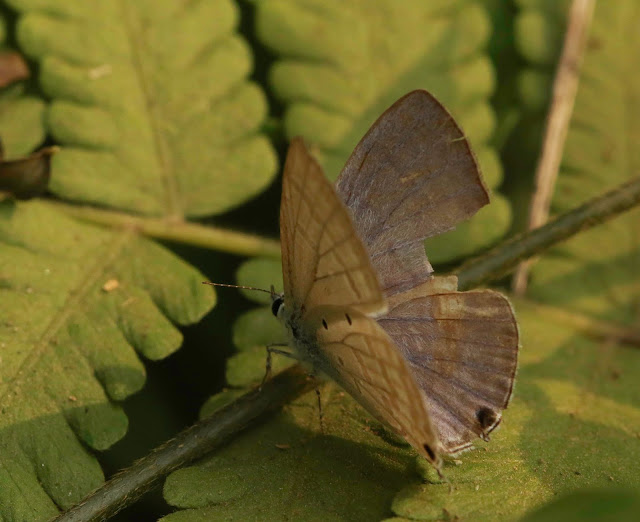 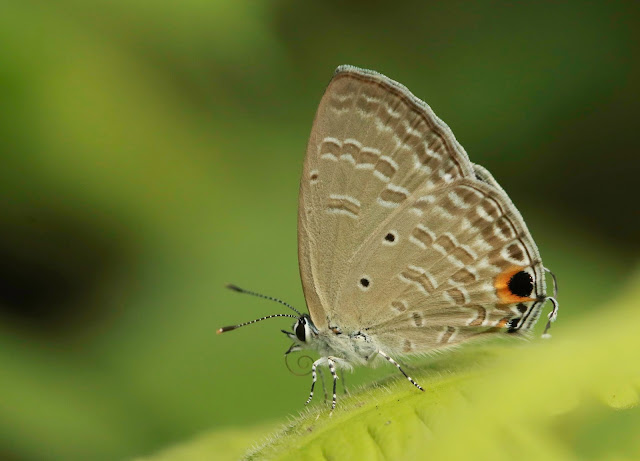 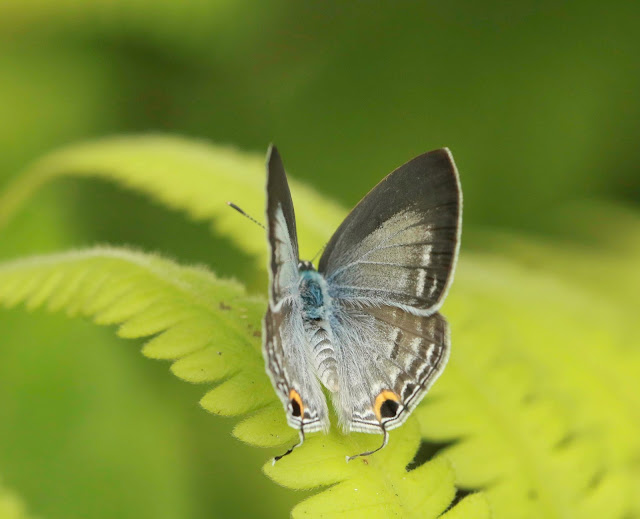 Catochrysops strabo, female, view of the upperside pattern
Posted by Sébastien Delonglée at 05:43