With its yellowish underwings, reddish orange upperwings and long white-tipped tail at vein 2, it supperficially looks like Loxura atymnus but you would notice the different shape of forewings, the black head, the different black markings on upperwings etc.

According to Monastyrskii & Devyatkin (2016), 2 Yasoda species have been recorded in Vietnam: Y. tripunctata atrinotata and Y. androconifera. The former is widespread whereas the latter is only known from some localities in the North. 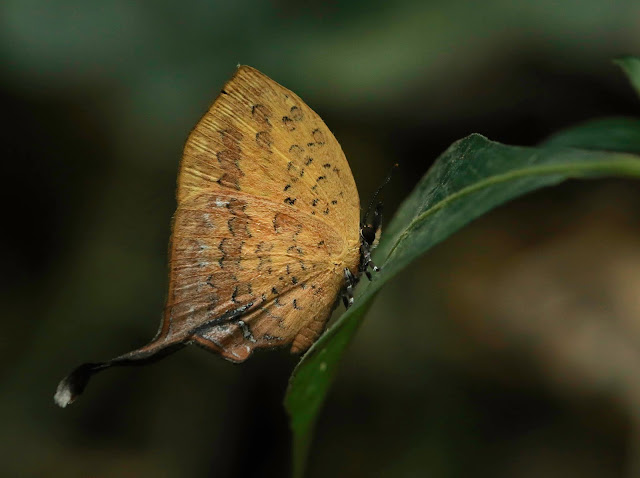 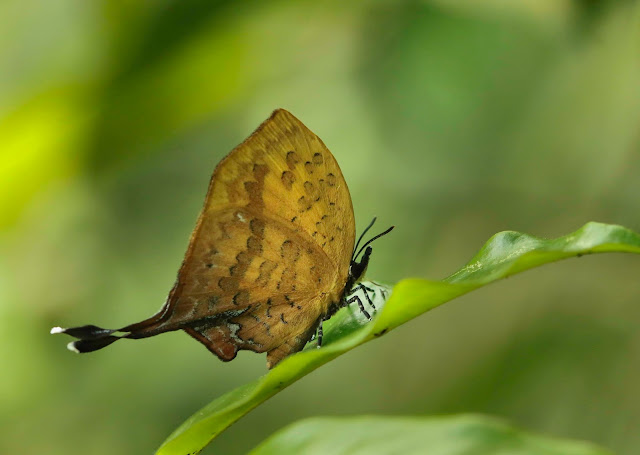 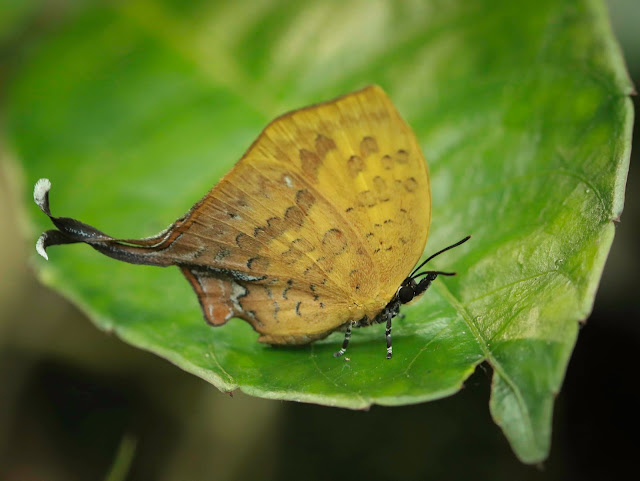 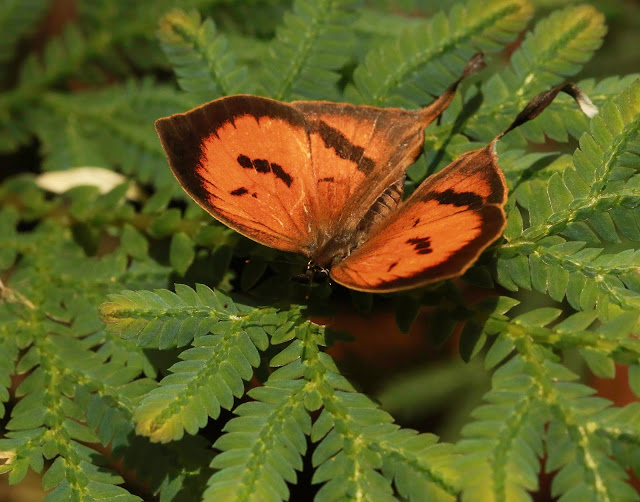