There are actually 42 species in the genus Parantica, whose representatives occur variously from India to the islands of the South Pacific. Parantica sita is one of the most widespread species, being distributed from northern India to Korea and Japan, and south to the West Malaysian peninsula. 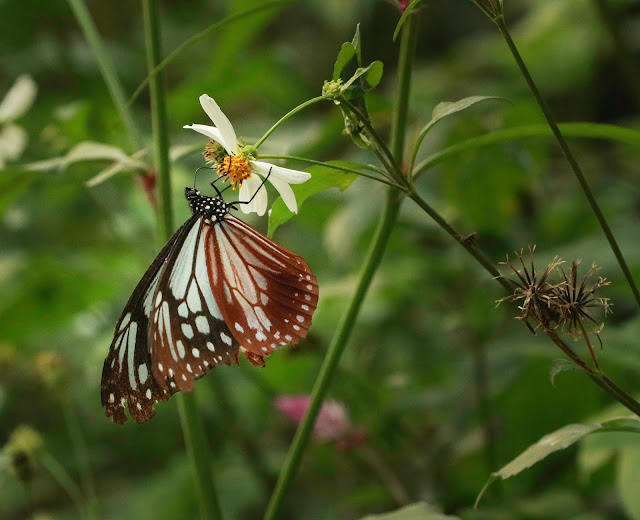 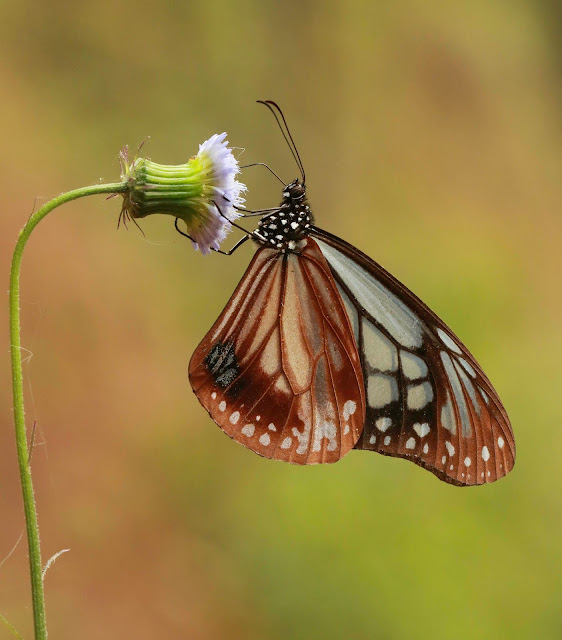 Male Parantica sita sita, from Lai Chau (January 2017)
Particularly easy to see in this picture are the male alar androconial organ (sex brand) on the sub-tornal area of the hindwing 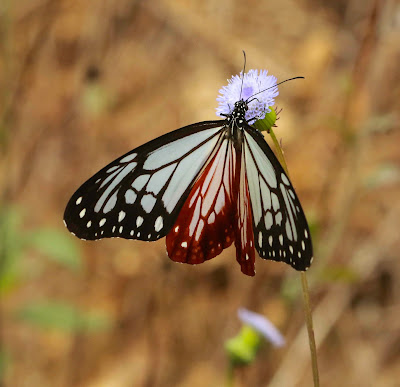 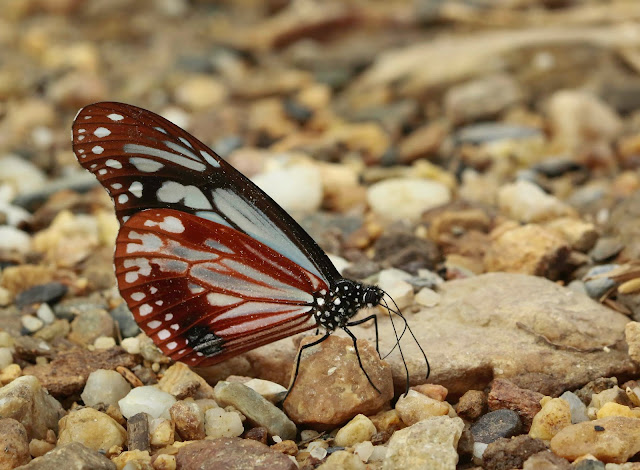 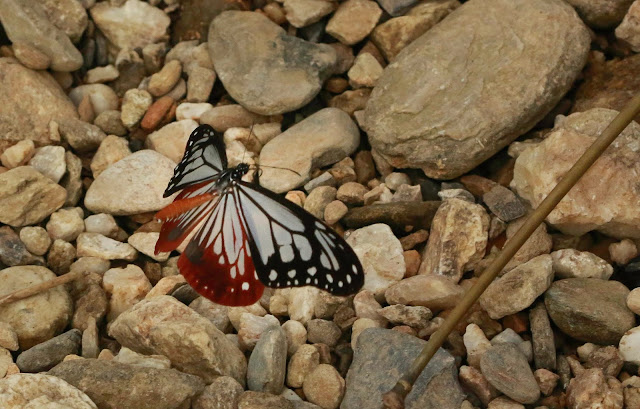 Same male specimen, in flight
Posted by Sébastien Delonglée at 16:22