Well, after a number of years of searching but having little knowledge of the species, I finally clapped eyes on it: Lethe europa. I only managed a record shot (heavily cropped) as it was just too far out of reach. Still, I know where it is now and will search for it again next year (it is right at the end of its flight season now). It was worth all the effort - it really is a beautiful thing. For a naturalist, the most wonderful feeling is spotting a new species for the first time. I want to do cartwheels and backflips when I see something new.

Northern Vietnam is a site of particularly high level of diversity for this genus, hosting over 80% of the known number of species (Monastyskii pp.32. in Anon, 2001). 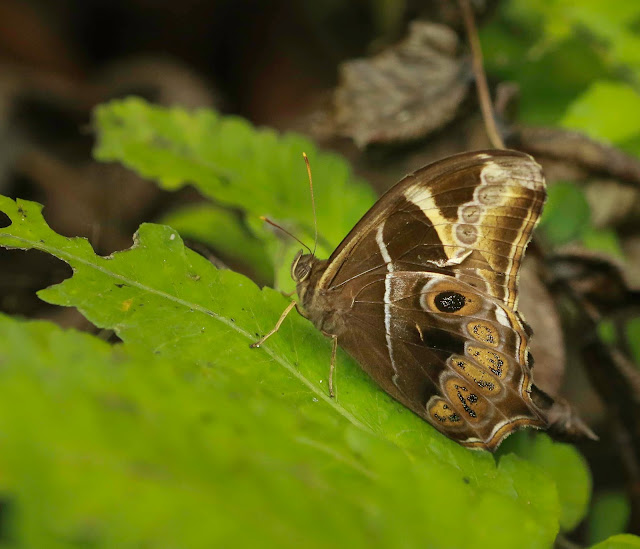