Two species of Ideopsis are known from Vietnam - vulgaris and similis.

I. vulgaris is a widespread species in South-East Asia, occurring from southern Burma, Vietnam and Hainan through the Malay Peninsula to Indonesia, the Philippines and Borneo. Ssp. contigua ranges from S.China, Vietnam, N. & C. Thailand.
This Danaine butterfly inhabits a broad range of lowland habitats, including forest edges, plantations, scrub and  agricultural land. It favours open spaces, where adults fly slowly and frequently visit flowers. 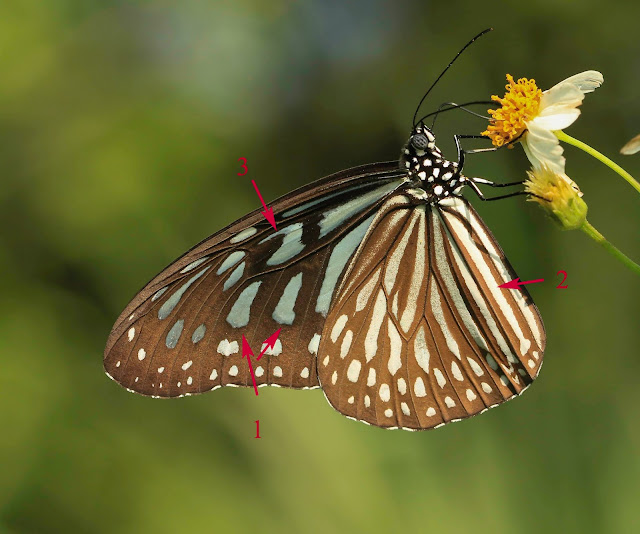 
1) FW with basal spots in spaces 2 & 3 wedge-shaped (more or less rounded in similis)
2) white stripe in space 1a on HW as wide as the adjacent brown vein 1b stripe (much broader in similis)
3) spot at end cell on FW with a deep excavation, upside-down shark-mouth shaped (little excavation in similis) 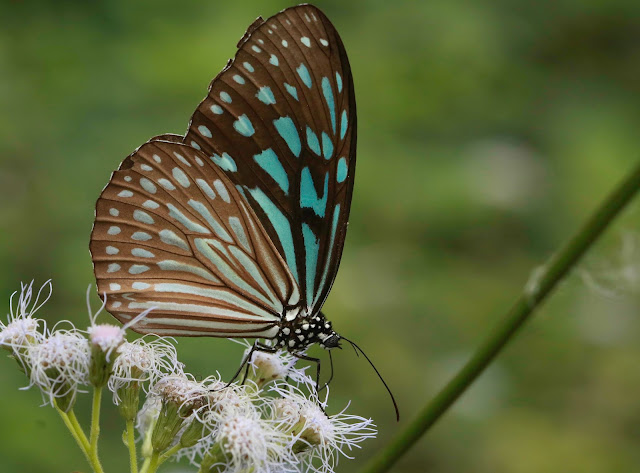 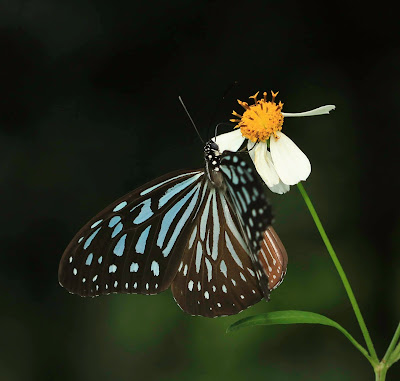