Four Danaus species are recorded in Vietnam: D. chrysippus, P. genutia, D. melanippus & D. affinis. Only the two former are recorded in the North of the country, where they are very common.

Danaus chrysippus is often encountered in lowlands, near cultivation, in disturbed habitats from forest clearing to wasteland, but it is not as common as Danaus genutia. The female Hypolimnias misippus is a mimic of both sexes of D. chrysippus but can be distinguished by the HW without blackish spots around discal cell and scalloped marginal edge. 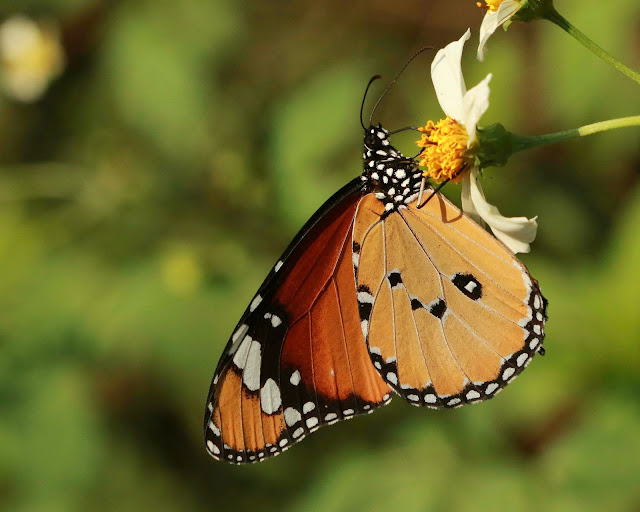 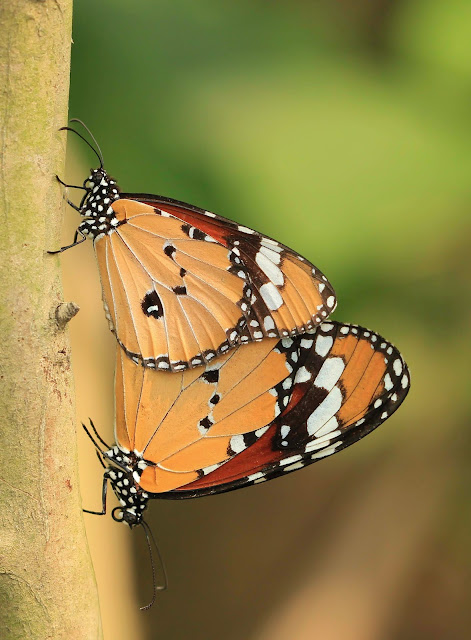 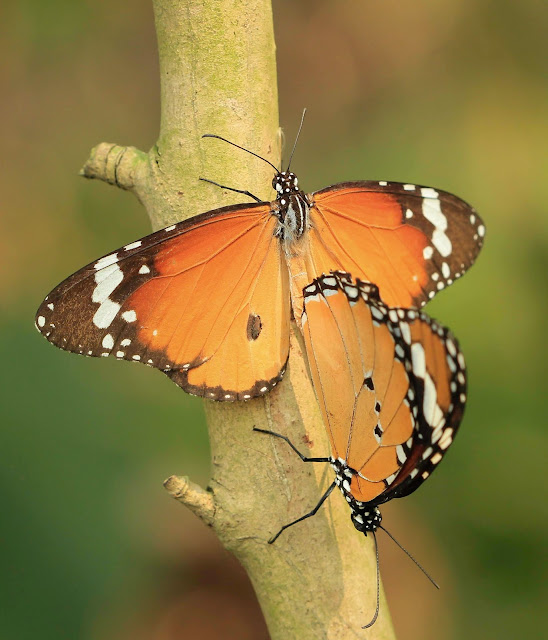 Same copula, with male showing its upperwing pattern
Posted by Sébastien Delonglée at 00:13