Graphium eurypylus is one of the most wide-ranging Graphium - from India to Australia, range similar to that of G. agamemnon and G. sarpedon. Many subspecies have been described,  G. e. cheronus is known from Sikkim to Indo-China, South China.
G. eurypylus is my 8th Graphium species seen in Vietnam. 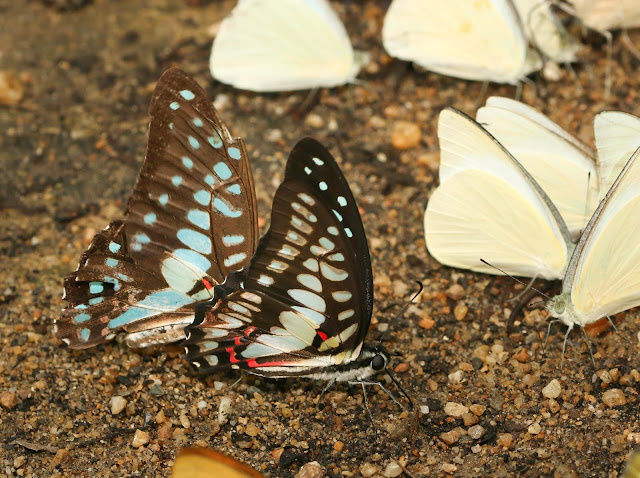 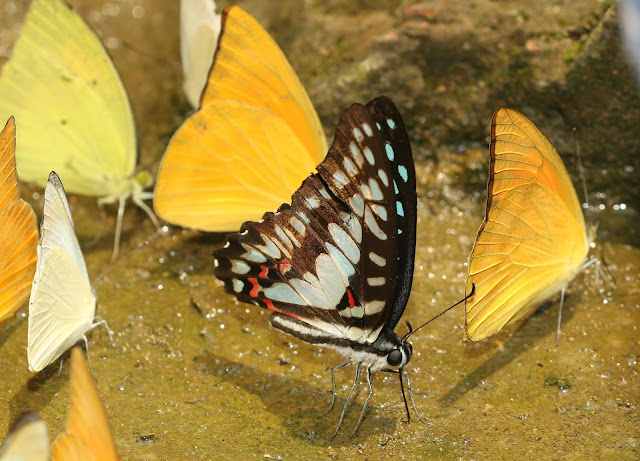 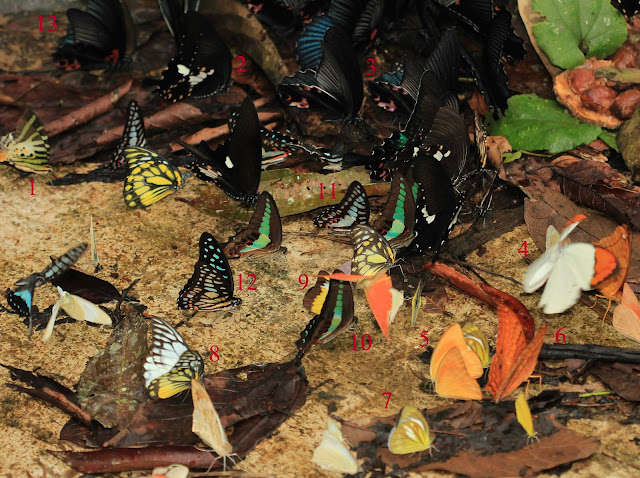 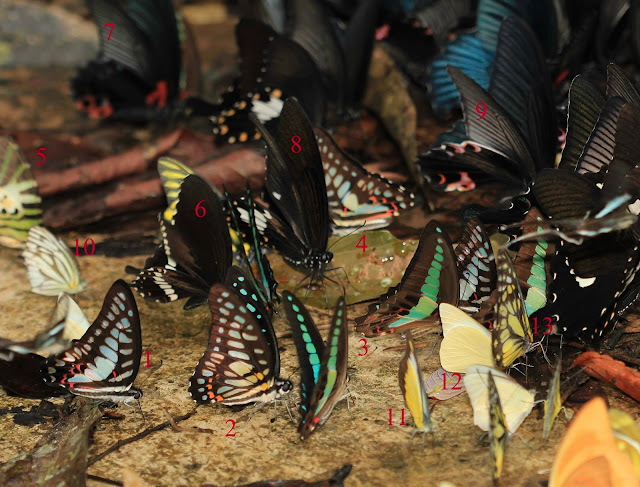 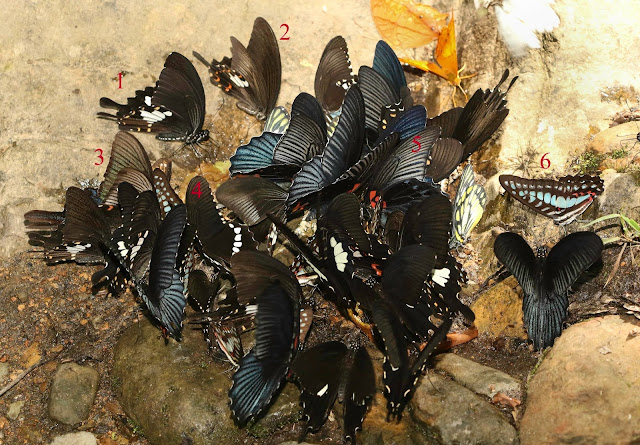 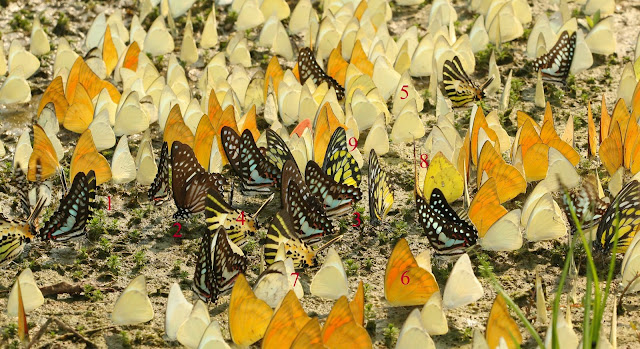 Mud-puddling is one of the most fascinating butterfly behaviour to watch, especially in protected areas where hundreds sometimes thousands of individuals gathering at wet places. Not all butterflies species gather at mud puddles and it is a behaviour that is still not fully understood. The majority of specimens found near mud are males and quite often, while the butterfly blokes are drinking from the mud, fluids are pumped out of their abdomens.

It is believed that butterflies congregate on mud and other such substances primarily for salts. The salts and amino acids absorbed during mud-puddling play various roles in butterfly ecology, ethology and physiology. Males seem to benefit more from the sodium uptake as it aids in reproductive success, with the precious nutrients often transferred to the female during mating. This extra nutrition helps ensure that the eggs survive.

Typically, mud-puddling behavior takes place on wet soil. But even sweat on human skin or clothes may be attractive to butterflies.
Posted by Sébastien Delonglée at 17:27