Eurema andersoni sadanobui is distributed, at least, from Thailand, Cambodia to Vietnam (N., C. and S.) whereas the nominate subspecies is limited to the southern part of Thailand and Burma, the Malay Peninsula and Sumatra.
This species appears to prefer semi-open areas and forest margins. It has narrower habitat requirements than E. hecabe or E. blanda, and is not encountered in gardens, wastelands, grasslands or agricultural fields like the latter two species. More often than not, specimens are encountered singly. They often display the peculiar habit of hiding on the underside of a leaf to rest upside down.

Eurema andersoni can be separated from the other lookalike Eurema by a single large cell spot distinctly 3-shaped on forewing underside. 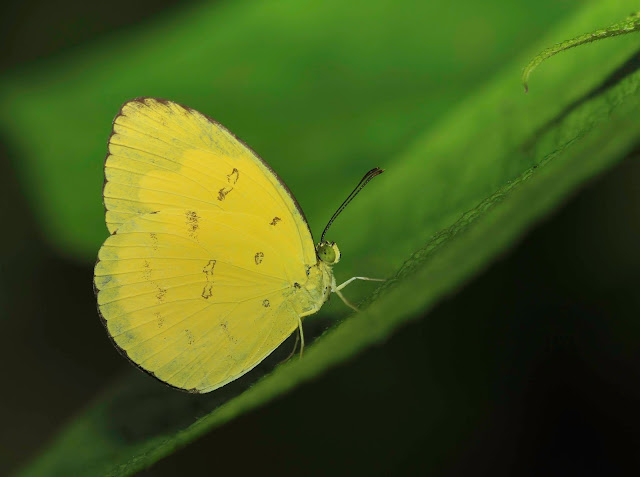 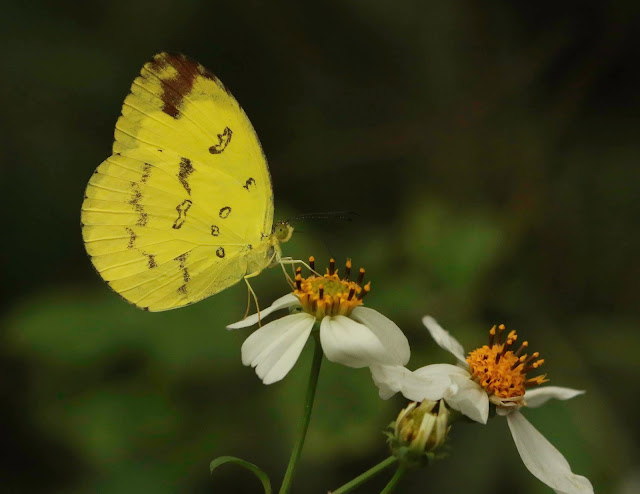 Eurema andersoni sadanobui, Ba Vi foothills - December 2016
There is usually a dark brown sub-apical patch on the forewing (which can sometimes be very indistinct or even absent)
Posted by Sébastien Delonglée at 02:11