Graphium agamemnon is one of the most widespread species in the genus, being found from India and Sri Lanka to south China, and through the archipelago to Papua New Guinea, Queensland and the Solomon Islands.

This bright green spotted species is common throughout Vietnam, both in forests and towns, due to its ability to utilize many different larval foodplants in families Annonaceae and Magnoliaceae. It can generally be seen throughout the year, at least in small numbers, and is sometimes very common. 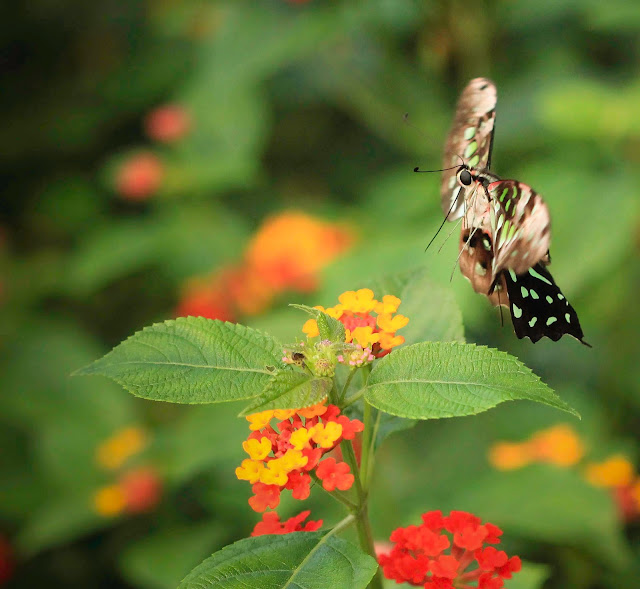 The swift-flying adults can be observed regularly in urban parks 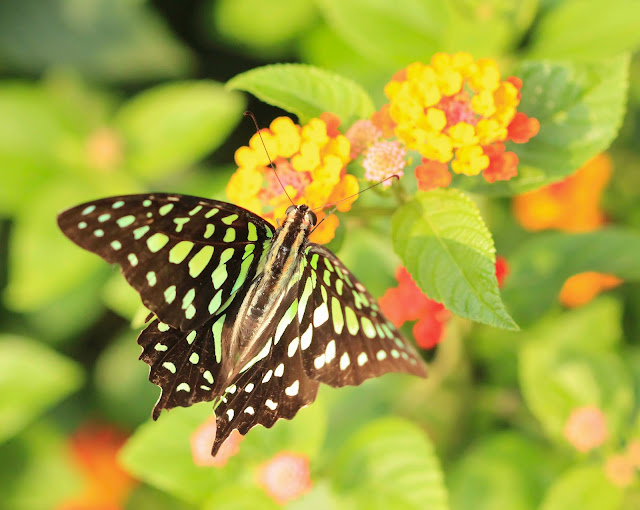 Both sexes commonly nectar at Lantana... 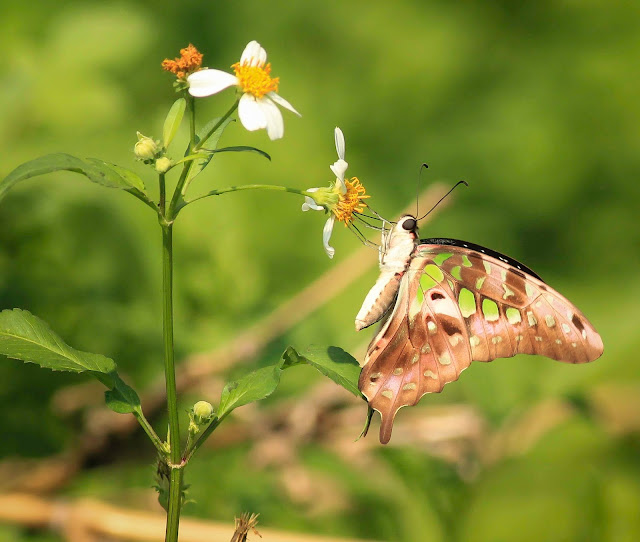 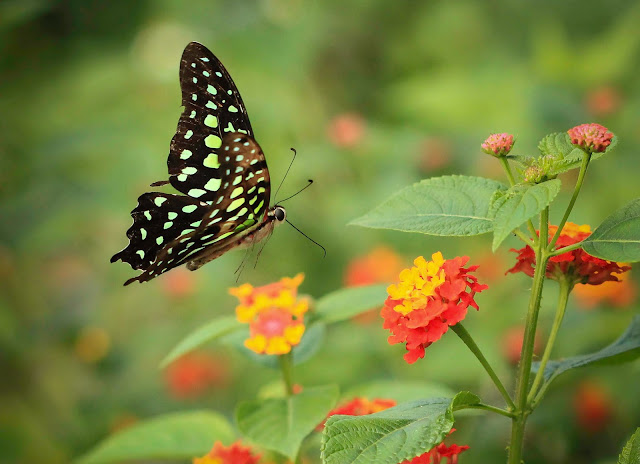 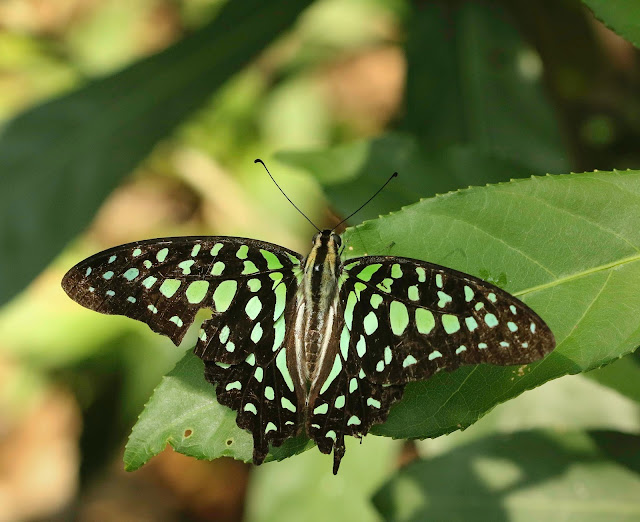 Specimen resting on a leaf - a not to be missed photo op.! 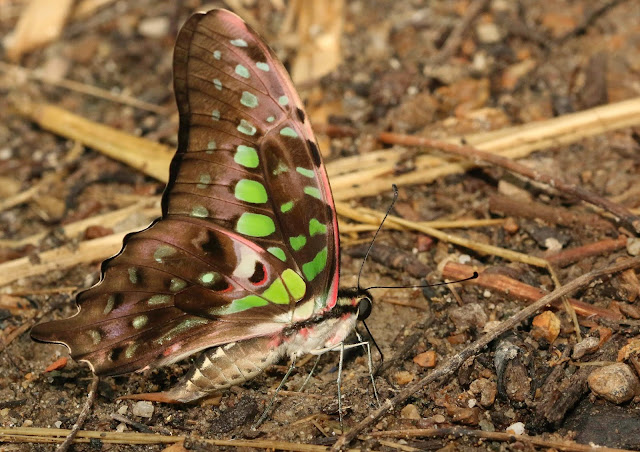 A male puddling along a riverbank - not a common sight  also 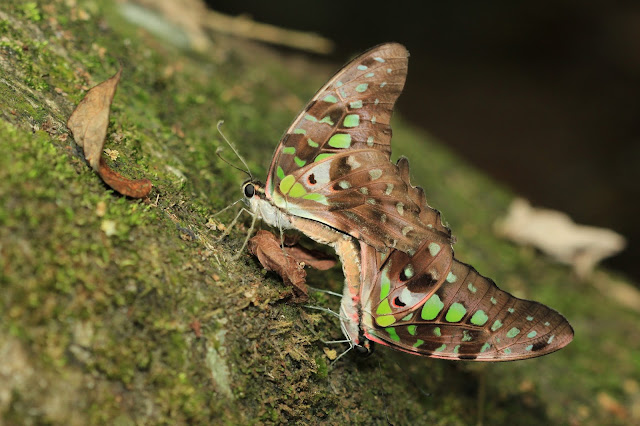