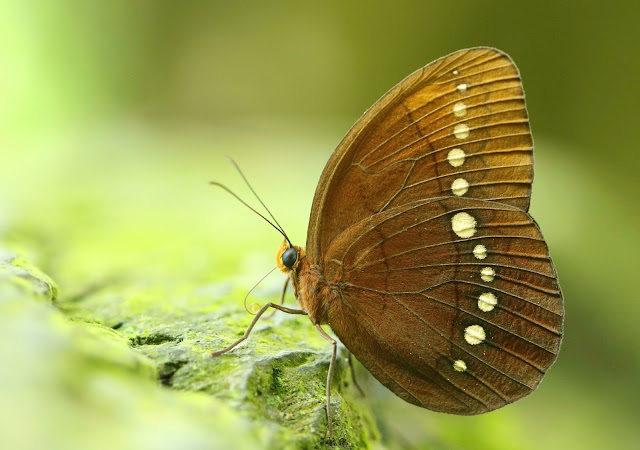 F. eumeus show large submarginal dots on the Un of both wings. In N. Vietnam, individuals have a broad yellowish subapical band. In other parts of the country, this band is either weakly developed or absent. 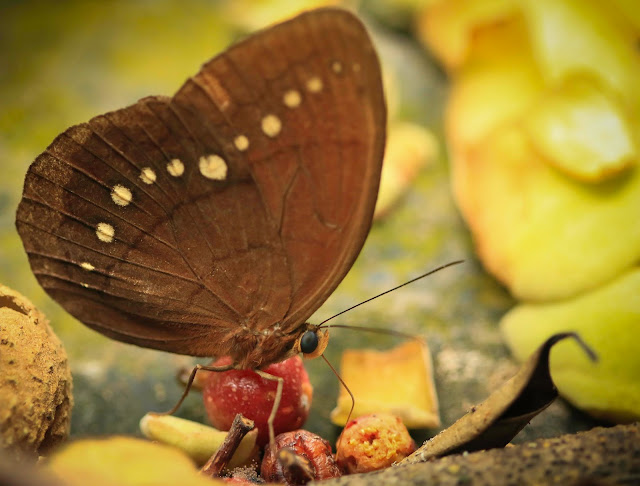 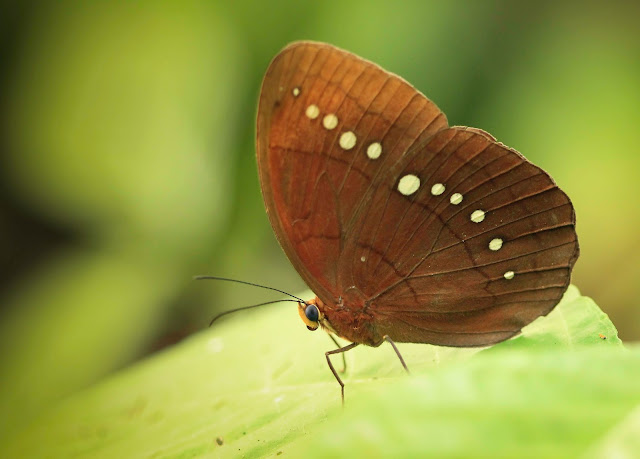 This species fly very close to the ground and can be seen both in lowland and mountain forests
Range: N. & C. Vietnam, Laos, Myanmar, N. & N.E. Thailand, S.E. China 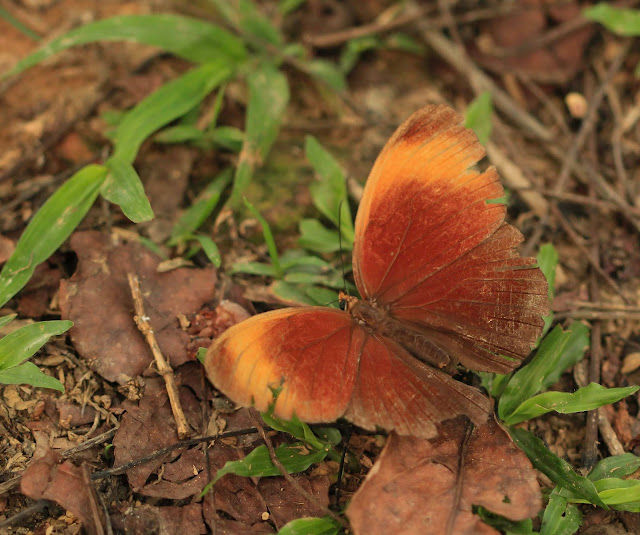 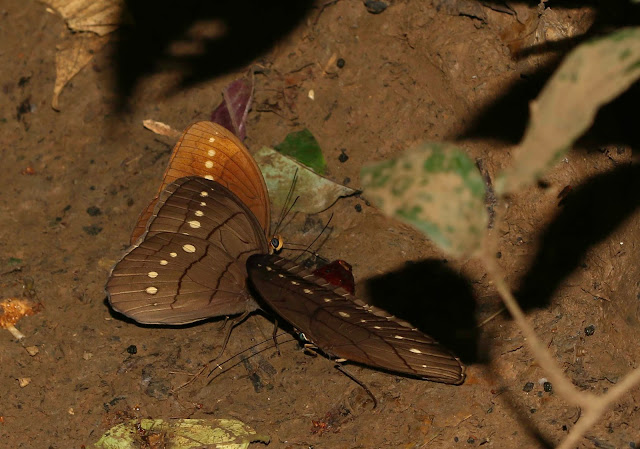 Faunis eumeus and F. excelsa side by side (Huu Lien, May 2016)
Both species show a series of large rounded submarginal whitish dots. But Un of eumeus is reddish-brown, whereas Un of excelsa is grey-brown. Moreover, excelsa is larger in average. 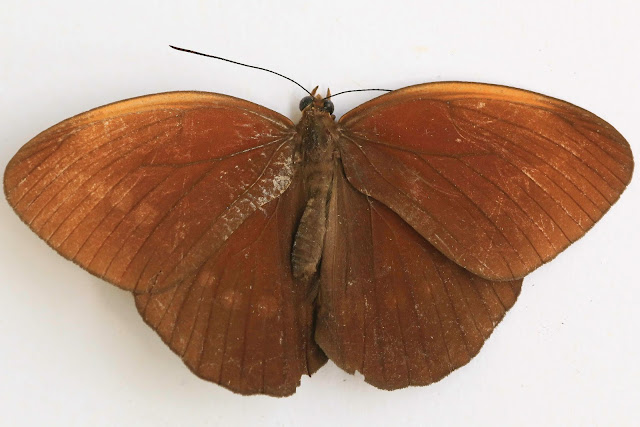 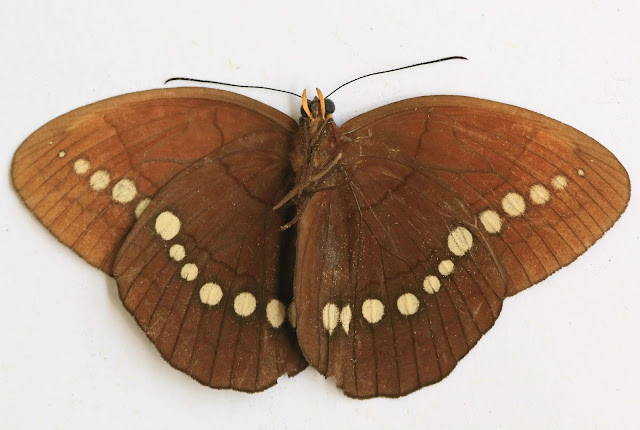