There are 21 Troides species. All show black elongated forewings and extensive areas of metallic golden yellow on the hindwings. Two species of Troides species have been recorded in Vietnam : helena and aeacus. Both are listed in the Vietnam's Red Data Book (Vietnamese: Sách đỏ Việt Nam).

Troides helena is listed in Appendix II of Convention on the International Trade in Endangered Species of Wild Flora and Fauna (CITES) as are all other Troides spp.

This species is seasonally common in hilly forested areas, with  occasional specimens found outside the forest. Specimens of both  sexes may often be observed feeding at flowering shrubs on forested hillsides. Males exhibit patrolling behaviour, waiting for females to appear, and interacting territorially with males of  aeacus and Pachliopta aristolochiae. 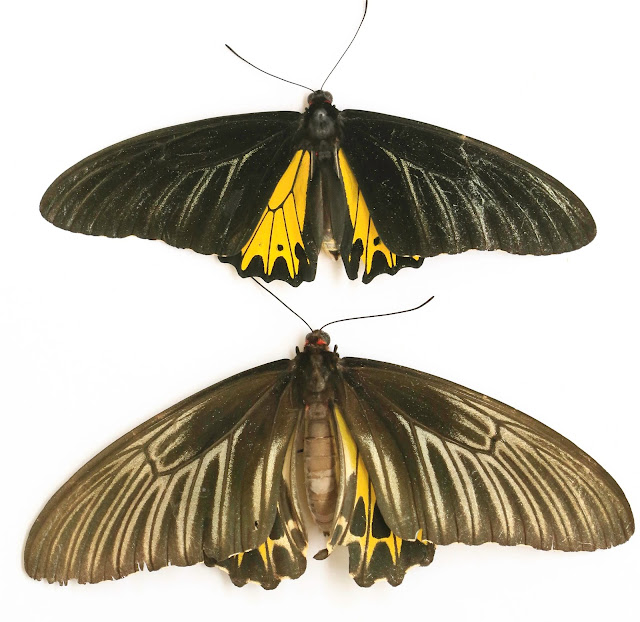 Male : FW black, HW yellow with black markings, including marginal spots along the HW margin, but no internal black dusting (suffusion) on the inner edges of these spots (unlike aeacus).

Female : larger than male, FW black with grey markings along the veins. No white area in cell of FW. In aeacus, the grey veins-stripes are very broad and prominent and extend well into the cell. 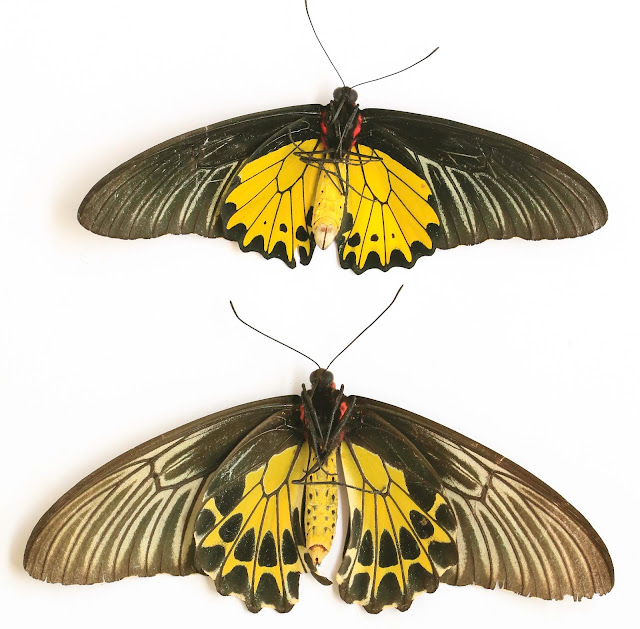 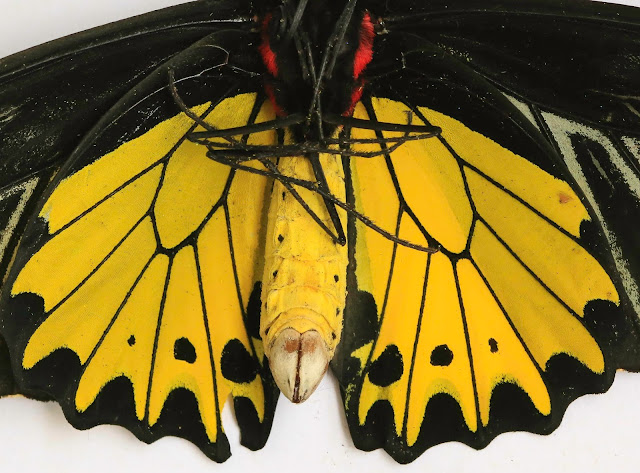 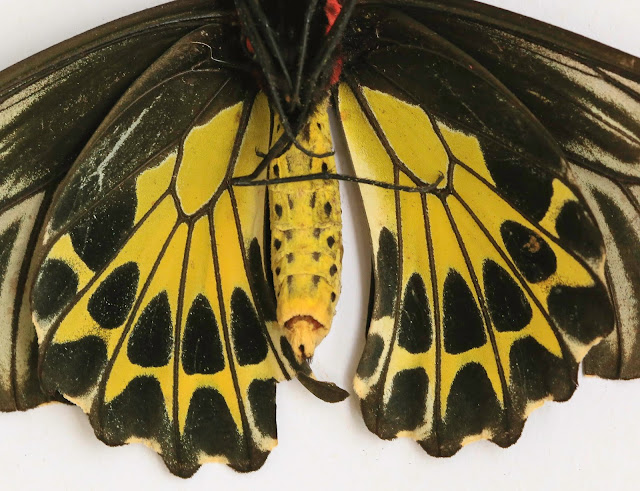 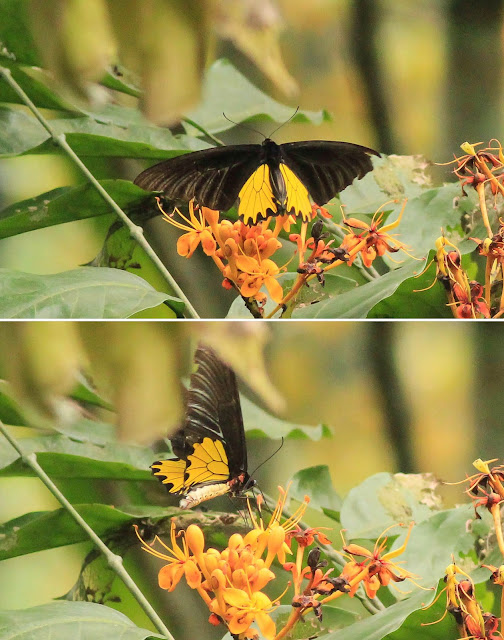 A male gathering nectar from flowers at Tam Dao - some of the very few shots I managed to get in the field (they always fly too high). 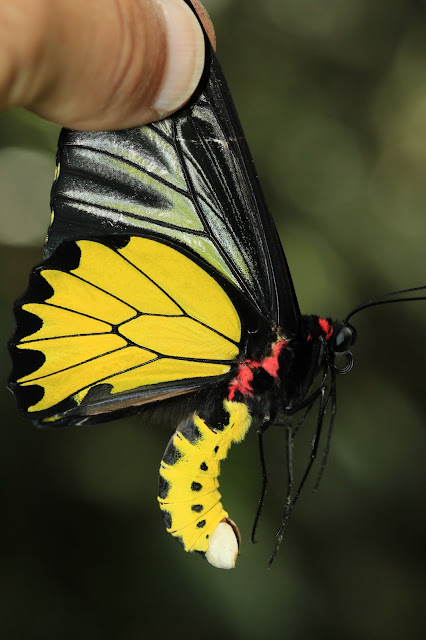 Another male.
Posted by Sébastien Delonglée at 03:59