Euploea sylvester is a widespread member of the genus, occurring from India, Sri Lanka and Nepal to S. China, Indochina and the Malay Peninsula, extending south to N.E. Australia and New Caledonia. The subsp. recognized from Vietnam (and also from mainland Southeast Asia + S. China) is E. sylvester harrisi.

The male of Euploea sylvester is unmistakable, having two long parallel brands on the UpF. However in fly, it may be confused with other species having a similar size and blue gloss on the UpF e.g. E. algea, E. mulciber, E. camaralzeman and E. midamus (Monastyrskii, 2011). I didn't yet manage to get images of this species in the field.

Identification of Euploea species from photos is often difficult and very risky, especially if you only got shots of underside. Some species are poorly characterized and sometimes wing pattern show significant differences from one population to another. Comparing shots taken in the field to images on the Internet can be very confusing. That's why I highly recommend to capture specimens for close examination of features and safe identification.
For key to the Vietnamese species of the genus Euploea, see Monastyrskii (2011) - reference below. 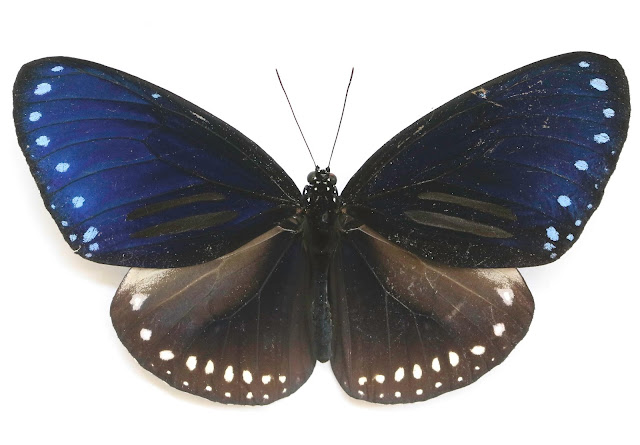 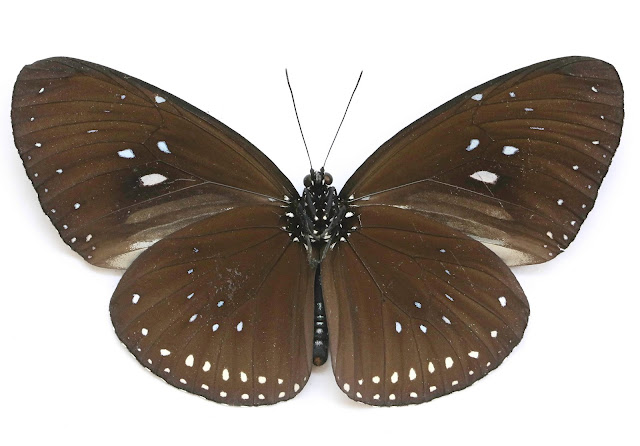