The genus Parasarpa comprising at least 6 species. According to Monastyrskii & Devyatkin (2016), 3 are currently known in Vietnam viz. P. dudu dudu, P. zayla and P. houlberti. The two last ones, which are Sino-Himalayan species, are limited to the extreme north-west of the country (Hoang Lien Son mountain range).

Parasarpa dudu, which occurs from N.India to Indonesia, is the most widespread species of the genus. It is recorded from North and central Vietnam (to Lam Dong Prov.). 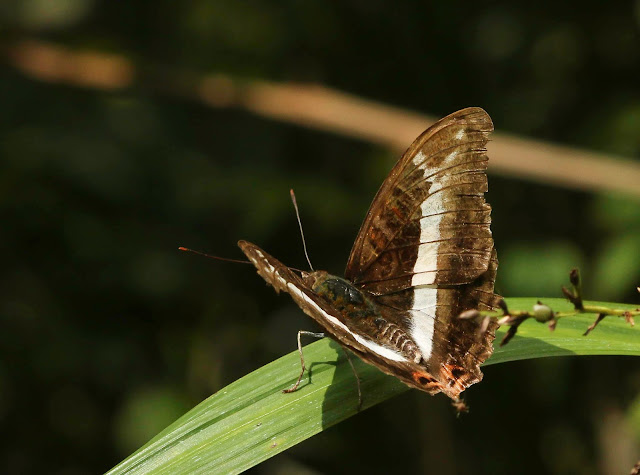 A worn Parasarpa dudu dudu resting on a leaf (Tam Dao/900m asl, August 2016)
I am a bit frustrated as I could not get better images... 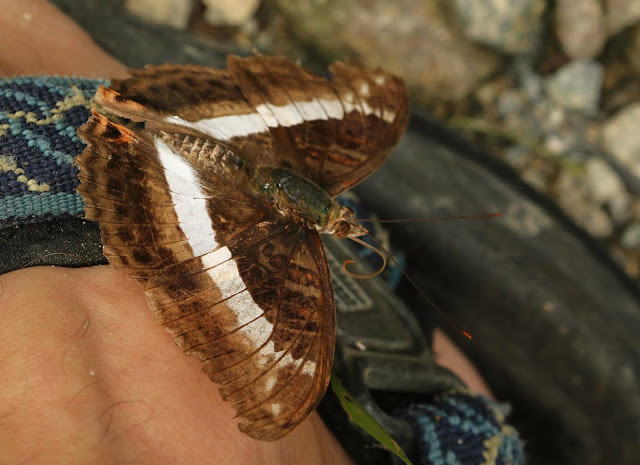 The smell, and possibly the color, of my Chinese-made sandals were irresistible to this individual. I will surely buy another pair! It's often very difficult to get close enough to a butterfly to get a photo, but from time to time they come to you! This guy landed on my sandals (not the best background, yes I know...), but I've had others perch on my bag, my arm or even my motorbyke.
Posted by Sébastien Delonglée at 00:54