The genus Euripus is represented in Vietnam by 2 species viz. nyctelius mastor and consimilis eurinus, both recorded in the 3 main regions of the country (North, Central and South) - but consimilis appears to be rarer, at least in the North .
Euripus nyctelius is a widespread Indo-Malayan species, occurring from India to S. China, Indochina, extending south to Sumatra, Borneo. 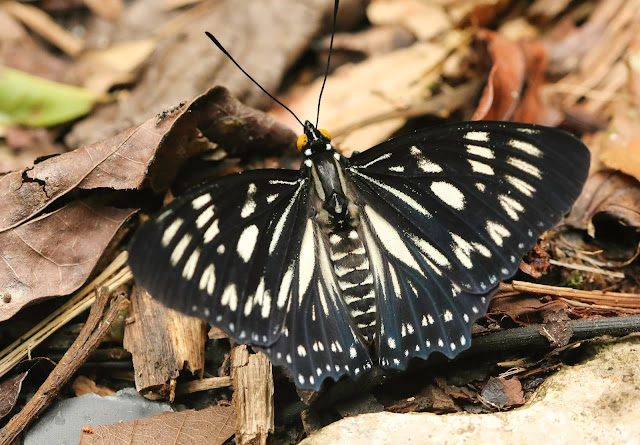 
Female are larger and polymorphic - mimic the distasteful Euploea species (Batesian mimicry). The eyes of both sexes are yellow but those of the female are darker with varying degrees of brown shading. 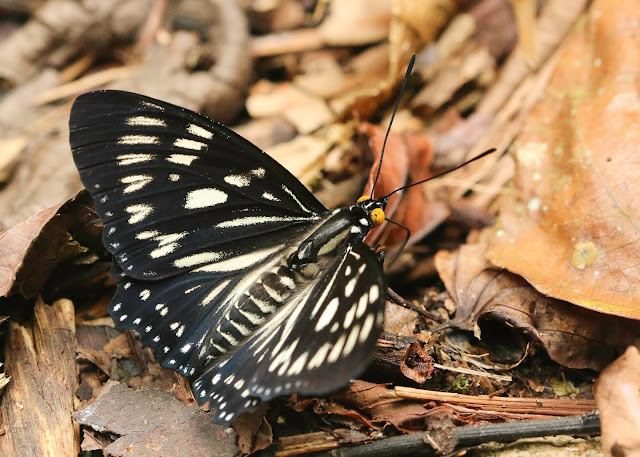 Same specimen than above 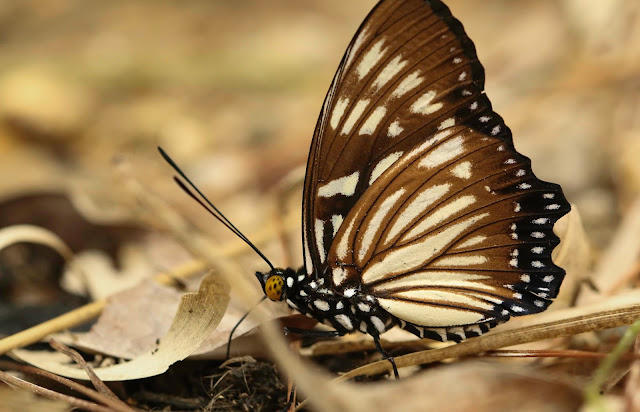 A male specimen puddling on forest floor (Tam Dao, 900m asl, September 2016) giving a view of its underside
Posted by Sébastien Delonglée at 16:06