The genus Parantica comprises 42 species, of which 6 are known to occur in Vietnam viz. aglea, agleoides, aspasia, melaneus, swinhoei, sita.
P. aglea is one of the commonest and most widespread member of the genus, occuring from India and Sri Lanka through the Southeast Asia mainland to Indochina, S. China and Taiwan.
P. aglea is common throughout the country from lowland to mountain habitats. 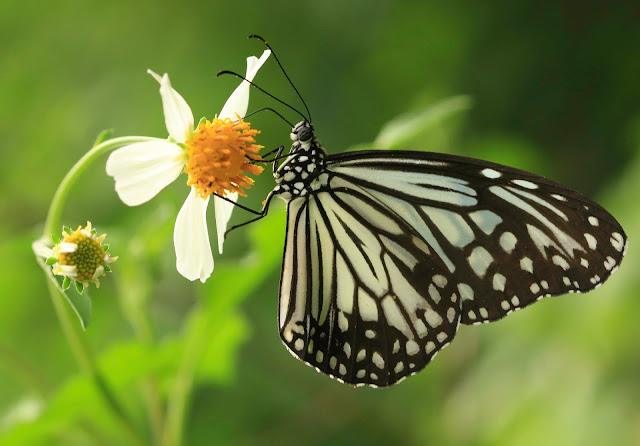 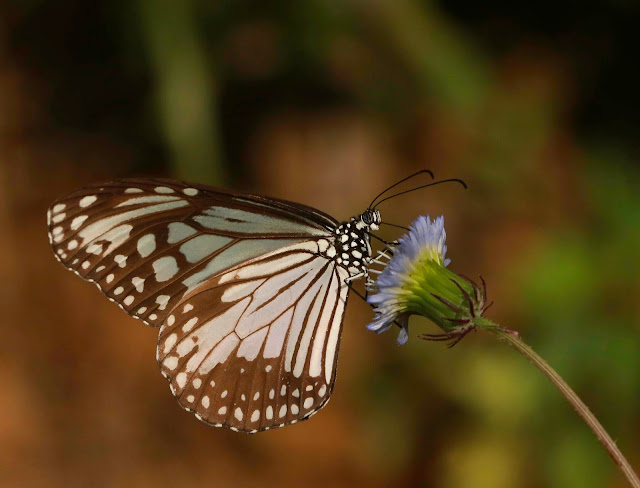 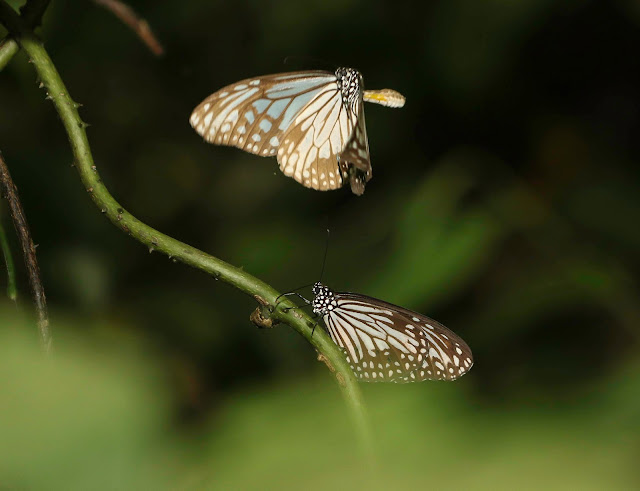 The male fluttering over the female during courtship (Tam Dao, May 2016) 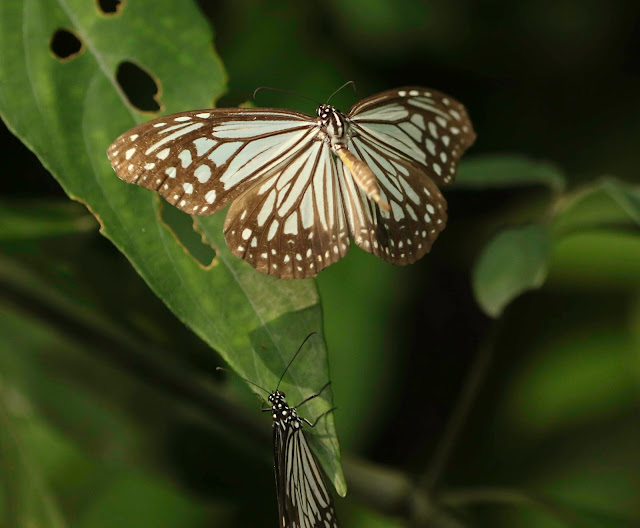 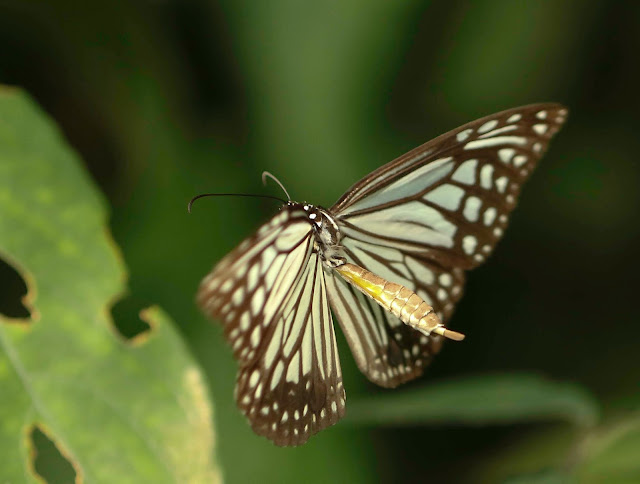 Male Danaids have hair pencils near the end of the abdomen which, in nearly all species, are extruded from the abdominal cavity and pheromones are fanned towards the female. The pheromones serve as both aphrodisiacs and tranquilizers to females as well as repellents to conspecific males.

Posted by Sébastien Delonglée at 15:46