The skipper genus Matapa, described by Moore in 1881 with Ismene aria  Moore, 1866 as the type species, is a small group of the family Hesperiidae. The members of the genus share the following  characters: the eyes are red, wings are dark brown above and below without spots in both sexes, the  hindwing cell at vein M3 is acutely produced, the males of all but M. deprivata  have a stigma on the  upperside of the forewing in spaces Cu1 and Cu2. The genus is comprised of 9 species, which occur  mainly in Oriental region. The species have interesting habits, probably all being mainly crepuscular (de Jong, 1983).
Four species of Matapa are recorded from Vietnam: cresta, aria, druna and sasivarna. 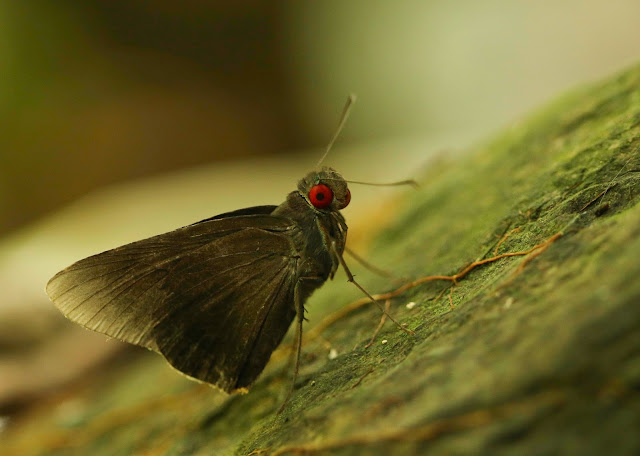