In flight it can hardly be recognized as a butterfly; when circling low looking for a drinking spot they look like dragonflies. 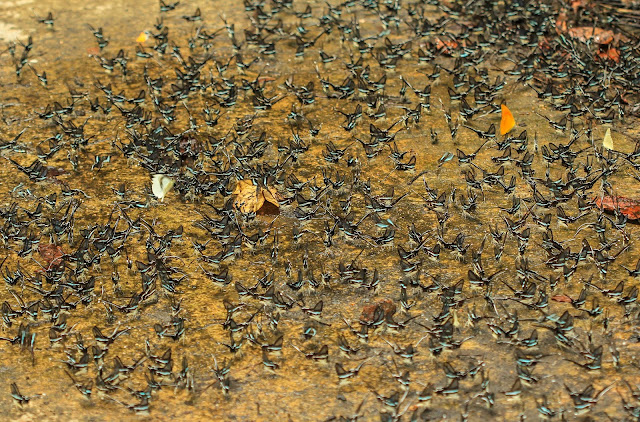 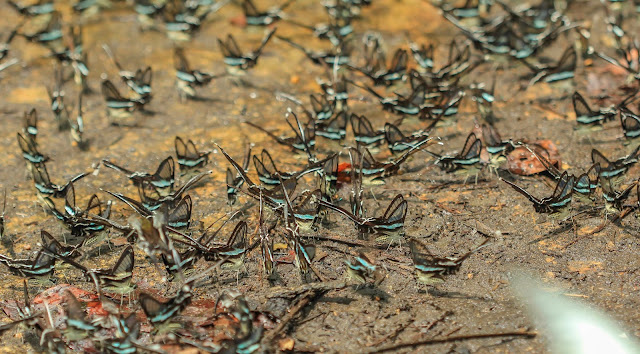 Lamproptera species tend to puddle separately from aggregations of other species. Lamproptera meges is usually by far the commoner of the two species where both occur together 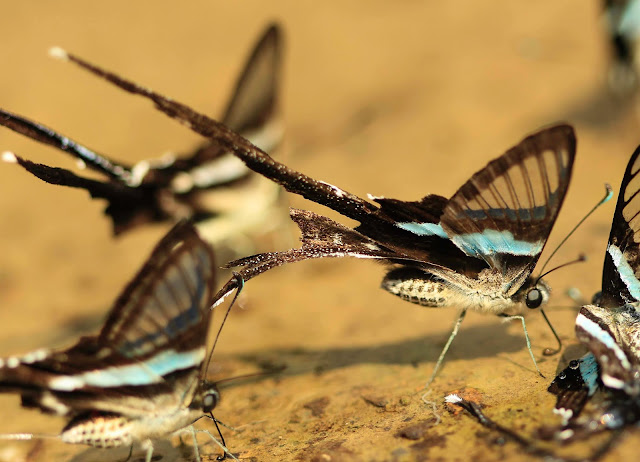 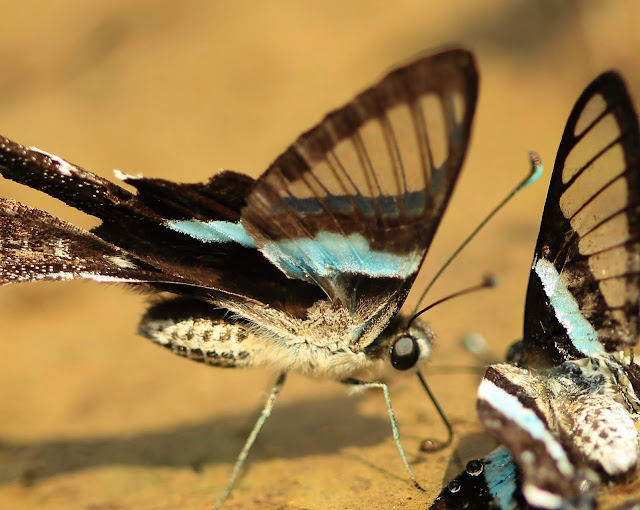 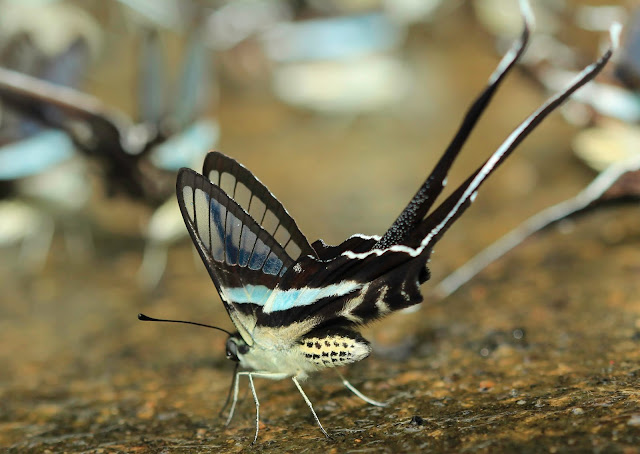 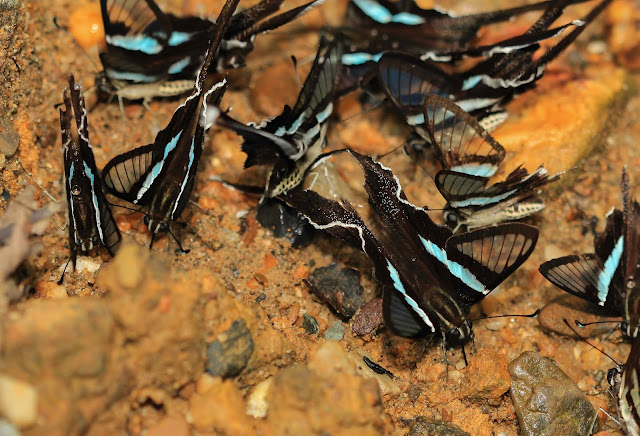 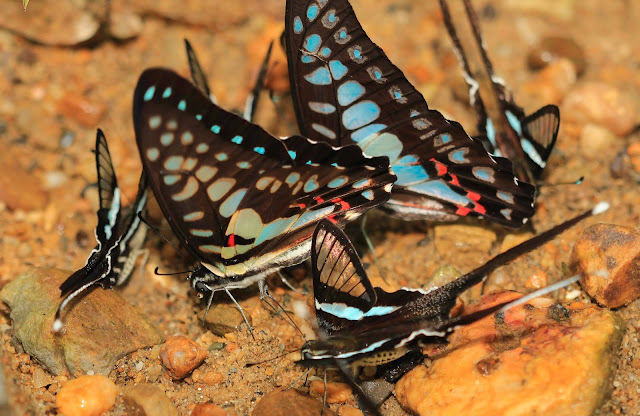