Both sexes exhibit a flight pattern similar to the Danainae models which they mimic, slow and seemingly unafraid; but, unlike the models, will fly away quickly if disturbed. 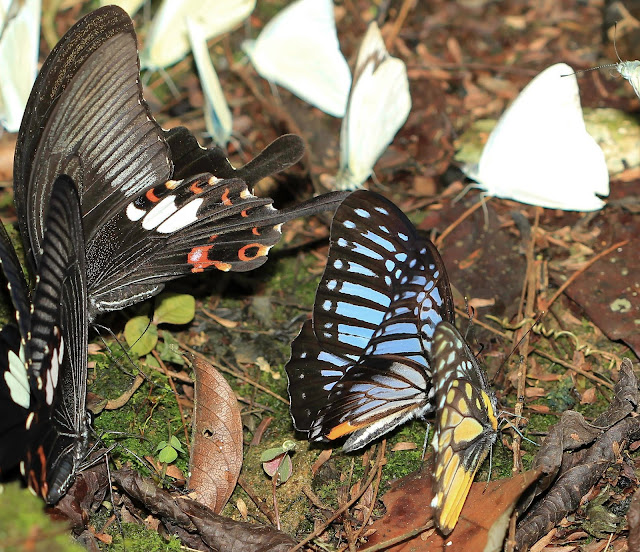 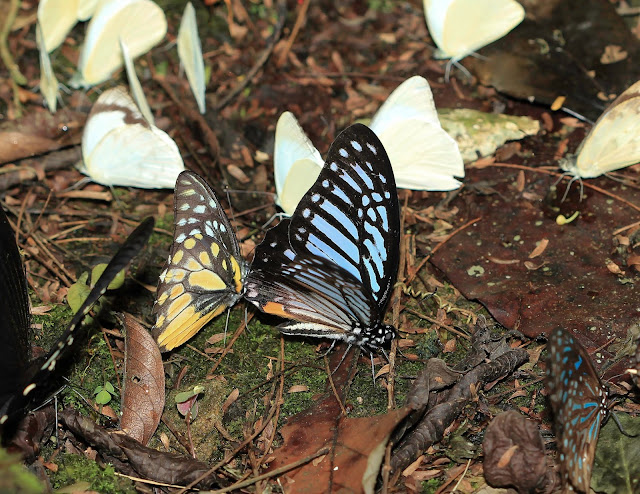 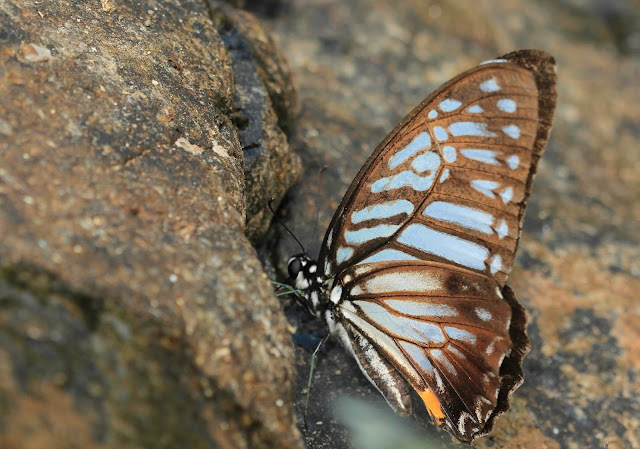 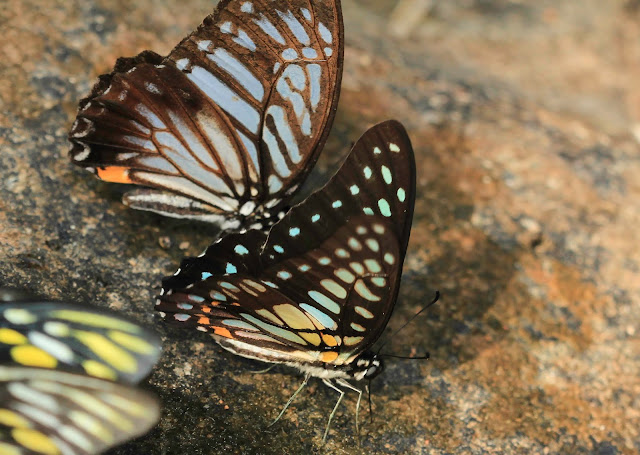 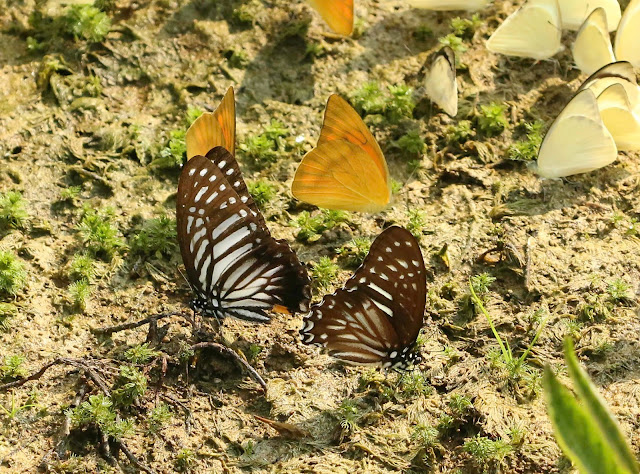 A distant but interersting shot of Graphium macareus (right) side by side with G. xenocles (Cuc Phuong, July 2016)
Males xenocles beat their forewings while puddling, unlike macareus, which sit on the mud with wings closed
Posted by Sébastien Delonglée at 05:12