Males of species of Lamproptera frequent open riverbanks in forests. They tend to puddle separately from aggregations of other species, often being found on sand nearby rather than in a multi-species group. They look like dragonflies when flying along a stream bed, and can easily be overlooked by an observer unless they alight on the bank. 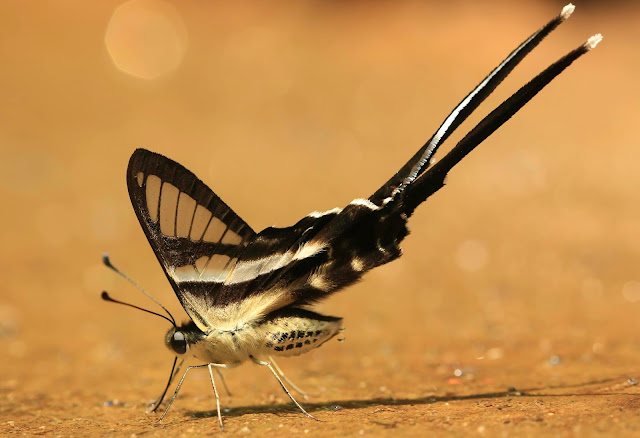 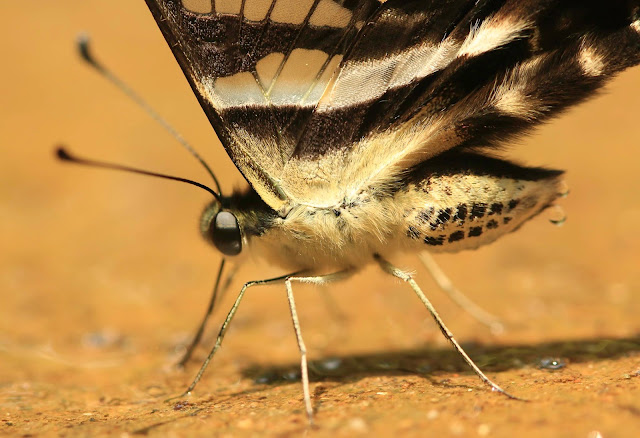 Lamproptera meges can be distinguished from curius by the forewing discal band, green in meges and white in curius. They can also be separated by examining the dark band outside this paler discal band. In meges the green band is contiguous with the dark band across the whole forewing, whereas in curius there is a narrow transparent band separating the white and dark bands below the forewing cell.

Until recently, only two species of  Lamproptera were known. But in 2014, a new species has been described from northern Yunnan, China : L. paracurius.


Key to species of Lamproptera based on external characters (from Hu, Zhang, Cotton & Ye, 2014):

The range of Lamproptera curius is from India, east to China, south through Indochina and Malay Peninsula, Sumatra and Borneo and Palawan island. White Dragontail is the smallest swallowtail butterfly in the whole Papilionidae family. 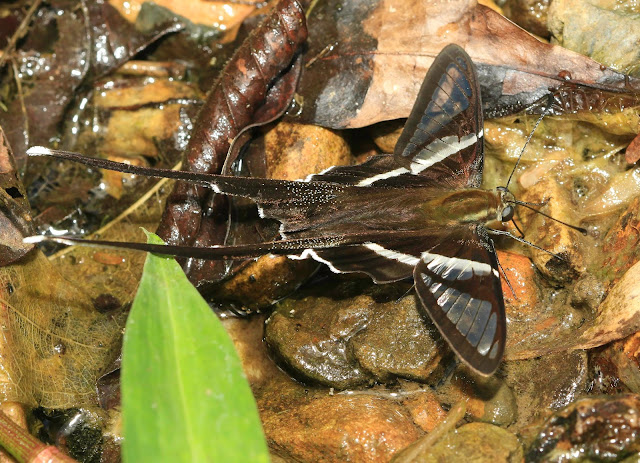 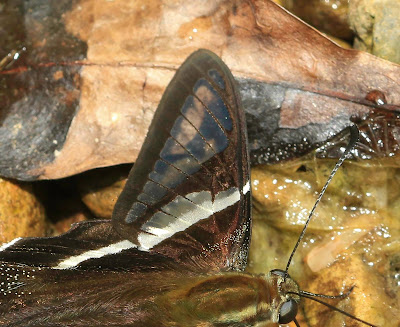 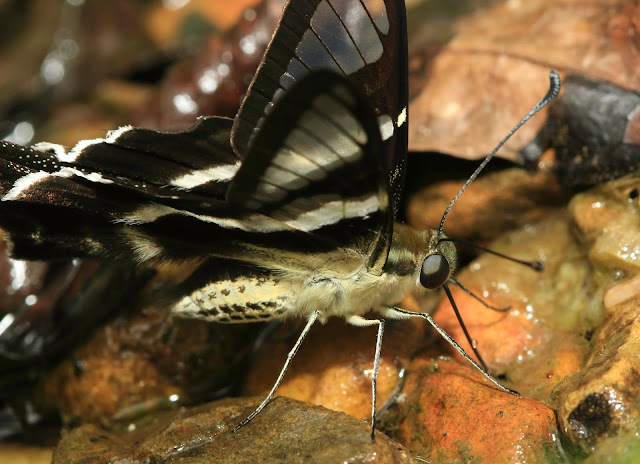 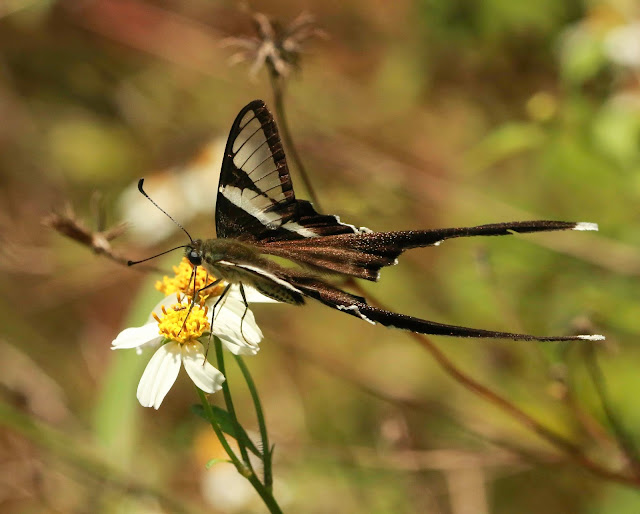