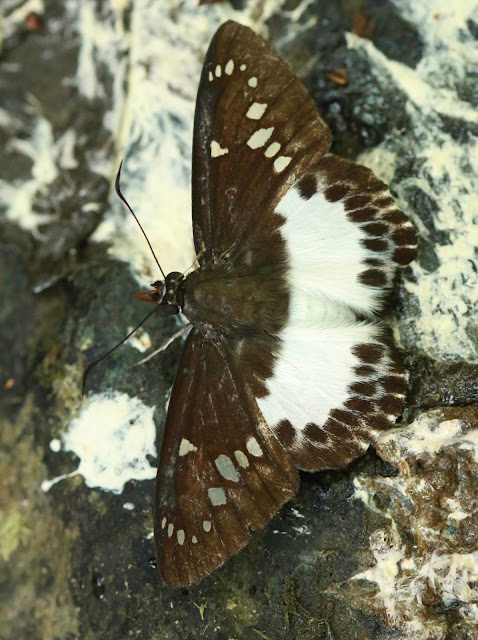 Satarupa gopala on bird dropping, May 2017 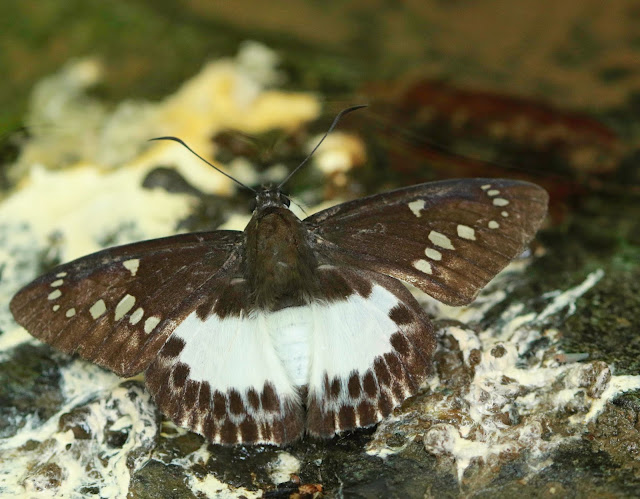 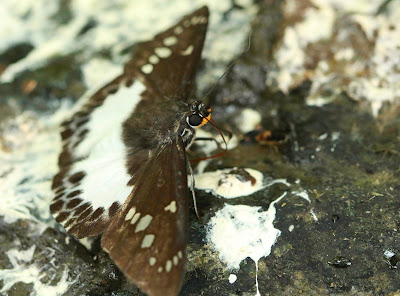 FW with a serie of 8 irregular-shaped white spots recurving transversely from costal margin before the apex to near posterior margin, being there joined by a white longitudinal streak; a similar triangular-shaped spot whithin the discoidal cell. HW pure white, with the base and narrowly along anterior margin maroon-brown; a double row of black marginal spots, the interspace between the rows being suffused with bluish grey (from Moore's original description, in "On the Lepidopterous Insects of Bengal. Proceedings of the Zoological Society of London". Pg. 780). 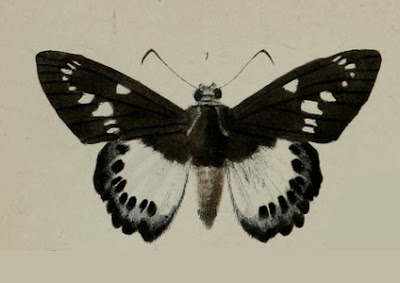 Frederic Moore was a British entomologist. He was also an illustrator and produced six volumes of Lepidoptera Indica. 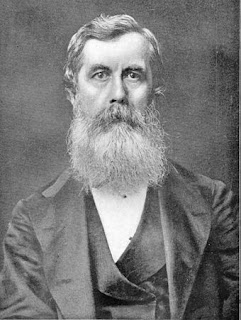