Papilio dialis has been recorded from Myanmar, Laos, Vietnam, southern China, Taiwan (? Thailand). To my knowledge, the race doddsi is only known from Vietnam (N. & C.) and Laos. It is sometimes raised to specific rank by some authors (Papilio doddsi Jannet, 1896). 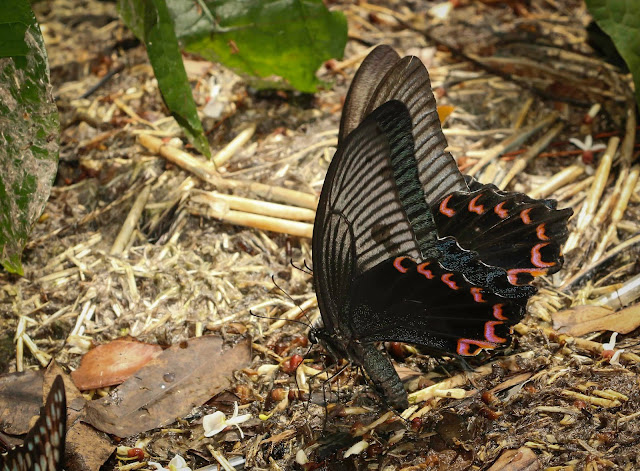 Two males of Papilio dialis doddsi puddling on rocks near the main stream at Tây Thiên, foothills of Tam Dao, on June 18, 2016. These are typical dialis doddsi from northern Vietnam, but some can have longer tails 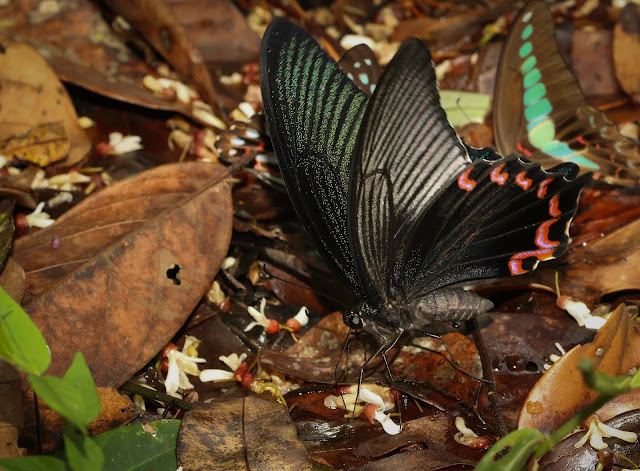 This nice Swallowtail is rather local in distribution and is also a very short-lived species, so if you are not in the right place at the right time you won't see it 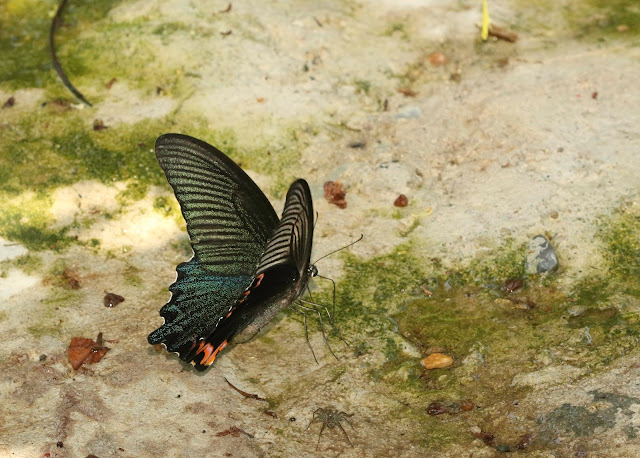